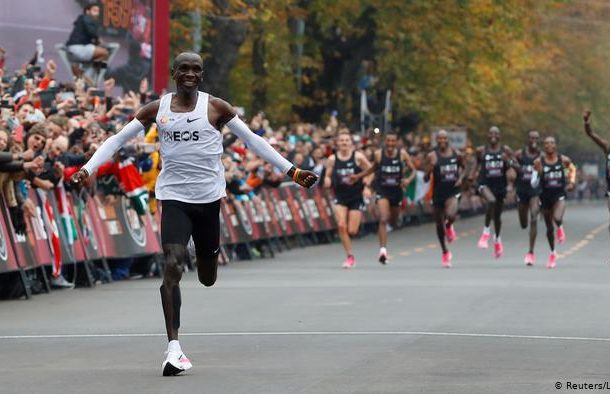 He ran with pacemakers along a specially prepared course in Vienna.

Speaking after the race Kipchoge said "we can make this world a beautiful world and a peaceful world" as well as thanking his 41 pacemakers as "among the best athletes ever in the world."

"I am feeling good. After Roger Bannister in 1954 it took another 63 years, I tried and I did not get it - 65 years, I am the first man - I want to inspire many people, that no human is limited."

Earlier on Saturday, the runner posted a determined status on his Twitter feed saying "I don’t know where the limits are, but I would like to go there."

The record will not be officially recognized by the sport's governing body, the IAAF, because it was not run in open competition and it uses in and out pacemakers.

A marathon in under 2 hours has never been achieved before.