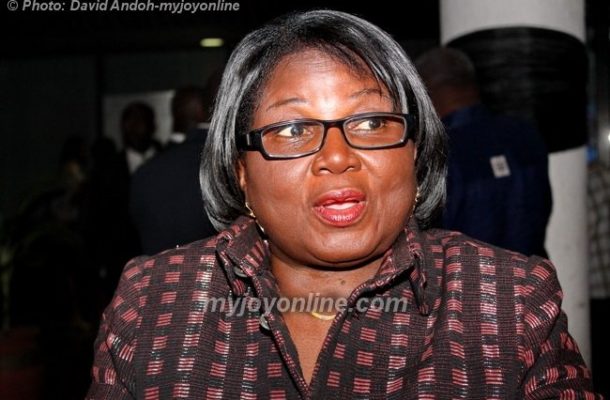 I have been in Japan. I had quite forgotten just how enchanted I was with Japan the first time I visited.

At that time, I was on the lookout for their technological wonders and I was not disappointed.

The land that brought us Sony, Panasonic, Toyota, Mitsubishi and Honda, which were household names around the world and in Ghana. I took the bullet train from Kyoto to Tokyo. Oh yes, the bullet train.

One forgets that it is Japan that manufactured the first bullet train back in 1964, that is 55 years ago, and Japan remains the gold standard in train travel.

I was impressed by all the things the Japanese were known for: the cleanliness and the punctuality and for a long time, I bored everybody with my tales about that train journey.

How many years later, the overwhelming feeling I come away with is the sense of balance that the Japanese have managed to achieve in their country.

I have been wondering in which order I should place the three adjectives that come readily to my mind in describing the country and its people: efficient, orderly and polite.

The wonderful mixture of extreme technological advance and cultural elegance is striking. They don’t have what is generally referred to as “natural resources”, no gold, no diamond, no platinum, no oil or gas, none of the minerals that the world craves and lusts after. The land is rocky and not particularly fertile, certainly not the loamy soils that we have and the land is prone to earthquakes and there are earth tremors every day.

Yet, the story of Japan’s rise from the ashes of the second world war to a leading world power is nothing but spectacular. There are probably not many people alive today who will understand 65 or so years ago, my grandmother did not want Japanese-made goods. Yes, when I was growing up, Japanese-made goods were cheap and inferior. By the time I was grown and acquired purchasing power, Japanese goods had achieved luxury status.

Japan democratised technology and provided those of us of a certain age group with our first hand-held transistorised radios and Walkman. With technological advances and skyscrapers, Japan soon established its leading role in scientific innovation.

But Japan is also famous for its traditional arts, including the tea ceremonies, calligraphy and flower arranging, which all blend with the technology. It has a legacy of distinctive gardens, sculpture and poetry, and is home to more than a dozen UNESCO World Heritage sites.

Japan managed to develop and reach technological heights without destroying its soul. There is an overriding sense of harmony with nature, even when the most advanced technology is being employed and there are robots on the factory floor.

I was fascinated by Kyoto, the ancient capital with its many classical Buddhist temples and imperial palaces, Shinto shrines and traditional houses. That city held for me the perfect example of science and technology in harmony with history, nature and culture.

On this trip, I was mostly in Yokohama and I was enchanted by the city. You get the feeling that they have managed to overcome the conflicts between the developmental pressures and the need to keep the environment safe.

It is not a good idea to go to Japan without a bagful of business cards. It is an obligatory ritual to exchange cards as soon as you meet someone and you are introduced. I did not have any cards to offer and I kept feeling I was breaking some rule or committing some dreadful faux pas.

After a while, you find yourself bowing as well because everyone is bowing to you — the hotel room cleaners, the waiters at the restaurants, drivers, ministers of State, chief executives of big companies, everybody bows.

Seems to me it must be difficult to be rude to someone that you are bowing to, and so they instinctively offer the right of way and allow you to join a queue ahead and driving on the streets feels painless.

Someone told me it was not possible for a pedestrian to be knocked down by a car in Japan. I confess I did not put this claim to the test but judging from the seamless flow of vehicles and humanity on the busy streets, I can safely say there is great harmony on the streets.

There are lots more of them (126.7 million) than there are of us (plus or minus 30 million), and I understand that in 2018, there were 78.3 million motor vehicles in use in Japan. And yet there was nothing like the chaos of Accra.

The orderliness shows in everything they do. You can’t just buy a chip for mobile phone on the street. You need a bank account, a verifiable address (the concept of not having an address is unknown to them) and a police clearance report, and I understand it generally takes about six months to get all the things you need to enable you to buy a chip for a mobile phone.

The end of what sounds like a laborious process to us here is that you cannot lose your phone in Japan. It will be returned to you by the police if you happen to drop it someplace.

I did not shop, I believe this was mostly because I was frightened off by the well-earned reputation of Japan being very expensive. I did try to buy the customary city T-shirt that I usually buy for my grandchildren wherever I go. The I LOVE ACCRA type (not sure I have ever seen an I LOVE ACCRA T-shirt). I did not find any Yokohama or Tokyo T-shirts at the airport shops or anywhere else that I went.

I concluded the Japanese don’t expect anyone to advertise their country or cities. They are a very self-contained lot who are comfortable and confident in their skins.

I have been to countries where people are at pains to remind you of coming from three to 5000-year-old civilisations (Egypt, India), and you look at their current state and you are unimpressed by the claim of ancient civilisation.

Some countries are so pre-occupied with being rich and developed, they want to push it in your face and suggest strongly you are underdeveloped and poor because you have not adopted their ways (United States).

The Japanese, however, are so comfortable with being who they are that they exude an aura of calmness. Everybody is impressed by their skyscrapers and technological excellence and I am, but what stays with me above everything else is the state of Japanese toilets.

They have taken toilets to a different level and the seats that warm your butt and the many gadgets that go with the WC define them.

Then there was the Japanese Airlines air hostess telling us we were free to put on our phones but to please desist from speaking on the phone as it might disturb those around us. Only the Japanese can think of saying something like that.