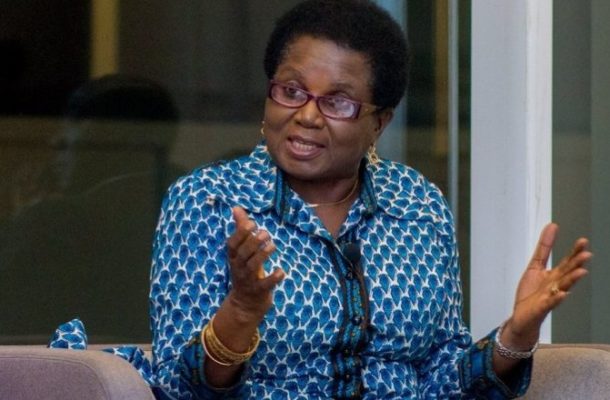 Food has been on my mind. That is not saying very much, I admit, for food must necessarily almost always be on your mind. There is no other activity that takes up so much of our time, energy, resources and passion as food.

Once upon a time, you could tell immediately where in the country you were and who you were dealing with, judging from the food that was on offer around you.

Every day, between 4 p.m. and 5 p.m. around Abutia and Ho, where I grew up, you were likely to hear the sound of fufu being pounded in every household.

I remember how shocked I was when I discovered in boarding school that friends of mine from the coast did not eat mushrooms and I had grown up knowing that mushrooms were/are the most sought-after delicacies in the whole wide world. But that is another story.

We were not very adventurous in our eating habits. And indeed, it went further than not being adventurous. We looked down on foods we were not familiar with and which were eaten by other people.

Gari, especially, was regarded as food for the poorest of the poor in Ghana, never mind that it is a famous staple for our Nigerian cousins. In Ghana, as garri was made by and identified with people from the Volta Region, it became a difficult subject altogether, not helped by a finance minister who once went to Parliament to say that the food the workers ate was garri and it was cheap, and if you added water to a cupful of the stuff, it was enough to feed a family.

However, boarding school eventually broke down that particular prejudice as garri became the snack of choice of students across the country and with that, the disappearance of the perception of garri as food for the poor.

I do not divert, but I shouldn’t purport to write about the transformation of garri from food for the labouring poor into a respectable food item on the Ghanaian menu without mentioning Auntie Sika, known to the world as Barbara Baeta of Flair fame. She it was, who served garri foto at state banquets and turned garri into a middle-class food item.

It has been quite a strange experience watching the transformation of many other poor foods into the rank of specialties. I keep asking myself if there is nostalgia for some past imagined poverty.

You could easily be led down that path if you were to think of foods such as agbelikaklo, yakeyake, kose and waakye that are now foods to boast about and not to eat in hiding.

But then I suspect the originally accepted and christened as such, food for the poor, Kofi Brokeman, aka, roast plantain and groundnuts, had escaped that designation long ago. It would be a brave person that would suggest now that buying roast plantain and groundnuts wrapped in a piece of paper that should really belong in the National Archives would be an indication of poverty.

There is one item of food that used to be occasional food and has now become a staple, much to the surprise of some of us. I refer, of course, to rice. The rice phenomenon is not easily comprehensible to me.

For years, this was food that was mostly eaten in this country by those who grew it, and in my part of the world, that meant those who lived on the hills, the Avatimes, Akpafu, Likpe, and their rice was tasty and special.

For the rest of us, rice was food offered to children as a treat, a few times a year. Grownups were not particularly fond of rice and many did not consider it a proper meal; thus if you have had rice and a meat stew for lunch, you are allowed to say by the evening that you hadn’t eaten all day.

Then it appeared a concerted effort was made to woo Ghanaians into cultivating a rice-eating habit and it would appear we haven’t looked back since then.

According to the statistics from the Customs Department, some 656,232 tonnes of the stuff, worth $331.2 million, were imported into the country in 2017. I have seen a story that says we imported more than a billion US dollars worth last year!

For years, we have bemoaned how much foreign exchange we spend on the importation of rice and many schemes have been dreamt up to make us self-sufficient in rice production, so far not with much success.

It appears rice farming is becoming more popular now and the Agriculture Minister probably is speaking from a position of strength when he says we shall cut down by 50 per cent the import of rice by next year.

But every time that I go to a function where food is served and a buffet is laid out, I despair. Rice is obviously the most popular carbohydrate on offer; it comes in various forms as steamed white rice, jollof, multiple types of fried rice and waakye.

How did we become such rice lovers? Do we see rice as a novelty item and, therefore, more attractive than our yam and cassava and plantain and cocoyam? What explanation can there be for people heaping so much of the various servings of rice on their plates?

Not enough of us are alive today to recall the names Ghanaians gave to the original rice-eating nations of West Africa. That list did not include Nigeria, even though they, like us here in Ghana, have been lured into becoming serious rice eaters and importers.

The world has become much smaller and we all now have become more adventurous and we eat foods that were alien to our lands and tastes. But something tells me that it is safer all round to stick to the foods that are local, they are easier on the pocketbook and on the human body.

I am not sure if the English writer, Virginia Woolf, means anything to many people these days, but she put it most elegantly in her famous quote: “One cannot think well, love well, sleep well, if one has not dined well.”

Who knows, we probably should take a closer look at what we are eating, it might improve our sleeping, loving and thinking, at least according to Virginia Woolf’s theory. We shall then hopefully think well, love well and sleep well, because we are eating well.