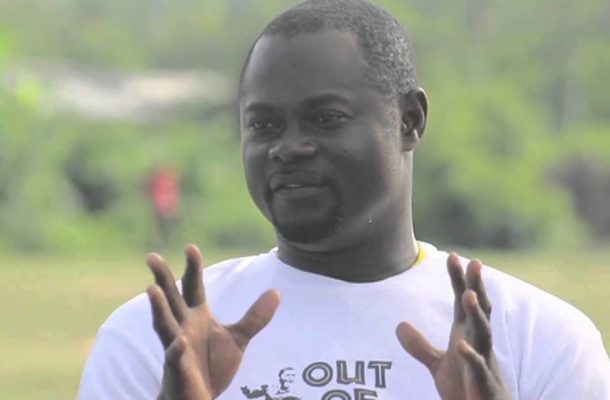 Management of Ghana Premier League side Elmina Sharks have sharply rebutted claims that their head coach Nii Odartey Lamptey has resigned from his role.

The former Anderlecht, Aston Villa player replaced Yaw Acheampong who left his role together with his entire technical team somewhere in February 2021.

Nii Odartey Lamptey who has been in charge of the team for the past two months is said to have cited personal reasons for his decision.

He has during his short stint at the club revived their fortunes, as  thy havee won three out of the four matches he has played as coach, winning against Asante Kotoko, Dwarfs,WAFA and losing heavily by 4-0 to Liberty Professionals.

In a press release from Elmina Sharks, the club has called on fans to disregard the news while insisting that coach Odartey Lamptey remains the team’s head coach.

“The management and technical team of ELMINA SHARKS FC have noticed with grave concern, news going round various radio stations and social media that Our Head Coach Ni Odartey Lamptey has resigned.

“We want to state unequivocally that Nii Odartey Lamptey is still at post as the Head Coach of the Fearsome Elmina Sharks.

“We want to urge our players, supporters, stakeholders, and the general public to disregard such fabricated story obviously aimed at disrupting the good works being done to far,” a press release from the club in Elmina has said.

Coach Odartey Lamptey will be expected to continue training with the team later today as they prepare for the match against Inter Allies. 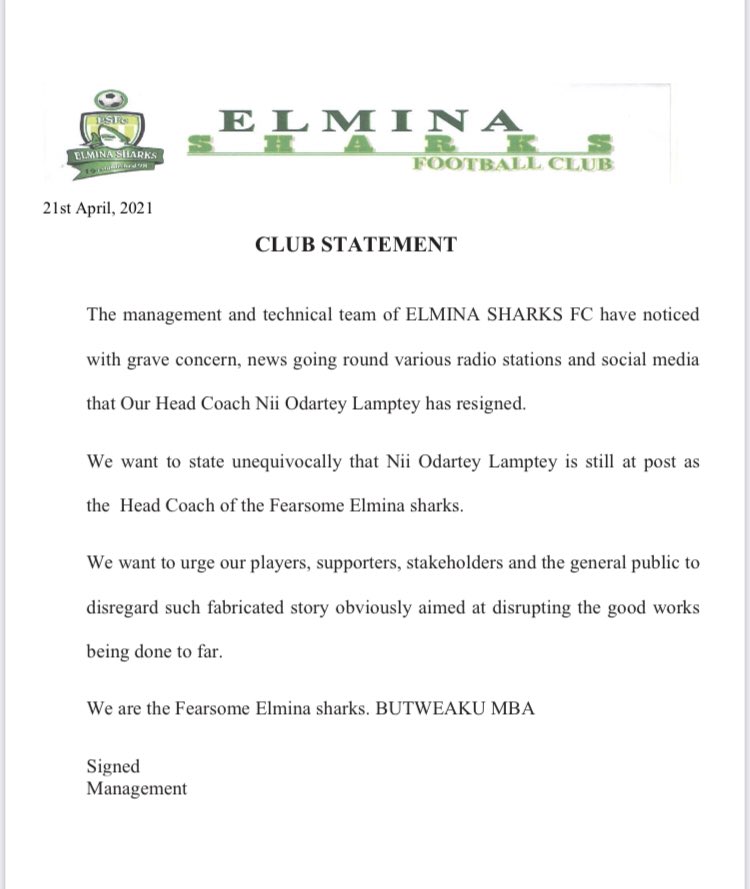