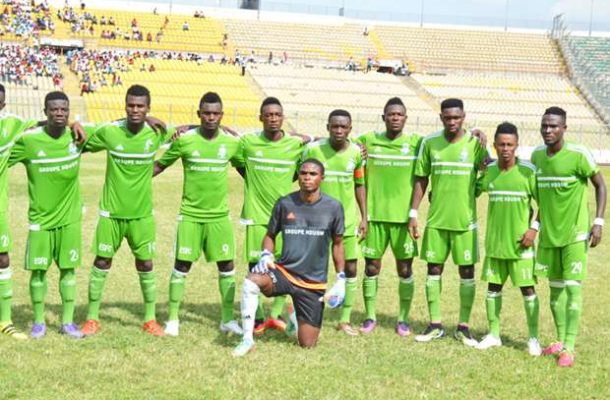 Spokesperson for Ghana Premier League side Elmina Sharks, Sedinam Nyamordey says the club have decided to lodge an appeal with a decision from the GFA's disciplinary committee to suspend and fine four of their players.

They have all been charged with misconduct in the club's league match against Medeama at the Nduom Stadium.

Among the offences the players have committed include use of abusive language towards a match official and the use of threatening words among others.

Speaking in an interview with Gye Nyame FM,Sedinam Nyamordey says the club will appeal the decision arrived at by the disciplinary committee.

"We have read the whole ruling and we have decided to appeal the decision.We are not ready to talk about into details but the firm decision is that we are going to appeal,we know we have a day to do that."

"We have told the players in question that it’s a process and not a final decision so they should remain calm and move on with their job.They are psychologically stable and going about their duties."