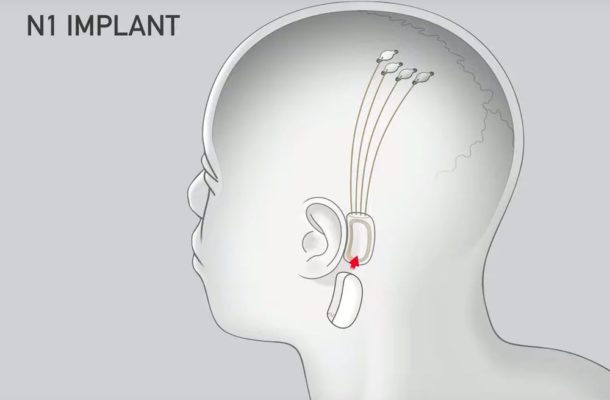 Neuralink claims its brain computer implant is ready for human trials, and hopes they will start within the next six months.

In a “show and tell” presentation streamed on YouTube, Neuralink announced its intention to begin human trials next year.

The company has already applied to the FDA, America’s food and drug administration, to allow these trials.

What is a Neuralink implant?


Elon Musk says Neuralink is “like replacing a piece of skull with a smartwatch”, and that the thickness of the latest version mirrors that of the average human skull. Musk is co-founder and owner of the company.

Neuralink also offers “full reversibility and upgradeability”, opening up a future where you have to upgrade your head tech each year, just as you might a smartphone.

However, it’s time to step away from the sci-fi vision and back to reality, because Neuralink’s uses are quite limited at this early stage.

What can a Neuralink implant do?


Neuralink monitors brain activity and can be trained to recognise patterns in that activity, and turn them into actions. For now, at least, that means controlling a mouse cursor with your mind.

“For someone who is quadriplegic, or tetraplegic… he would be able to control a mouse cursor or a phone.. better than someone who has working hands,” Musk said during the presentation.

Prototypes have been tested on macaque monkeys, including one called Sake, who was shown during the presentation typing and playing a version of classic video game Pong using the implant.

Neuralink has two clear far-future goals at present. The first is to use the implant to help blind people see, including those who were born blind.

The second is a clearer evolution of what Neuralink can do at present, by helping those with mobility issues move or walk. In each case, the implant would be used to “bridge the connection” between brain and body, if a connection is otherwise missing or served.

This is not the technology that Neuralink will be testing on humans within the next six months, though. Such advanced uses are far off.

According to the FDA website, the body aims to review “priority” cases “within six months”, which may be the basis for Neuralink’s own six-month timescale.

Elon Musk initially predicted Neuralink would be in human heads by the end of 2020, in a 2019 statement. In 2021 he then predicted trials would start this year, in 2022. While this latest claim that Neuralink will kick off next year is becoming something of a tradition, the FDA application suggests the company does at least have something concrete to show.


In February 2022, the Physicians Committee for Responsible Medicine filed a complaint to the US Department of Agriculture (USDA) about Neuralink’s animal testing. It laid out allegations animals had their “brains multilated”, that the tests caused “extreme suffering”, with symptoms including hair loss, anxiety, vomiting, and self-mutilating behaviour.

The PCRM is an advocacy group that promotes alternatives to animal testing and a plant-based diet.