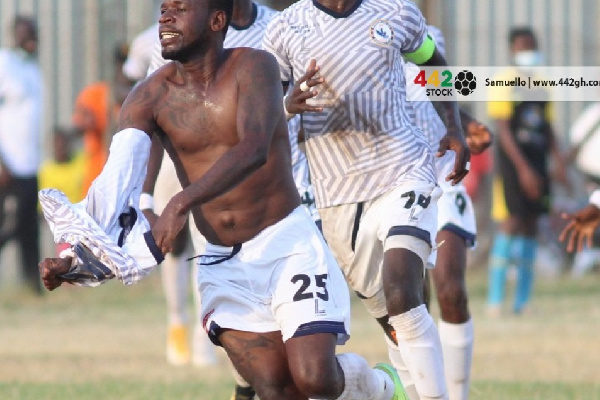 Kumasi Asante Kotoko went to a difficult grounds in Berekum and picked up a draw against Chelsea but the point felt more like a defeat as they led for more than sixty minutes in the game.

Kotoko took the lead in the game through in form Kwame Opoku in the 18th minute after some good work from Ibrahim Osman.

The porcupine warriors were of the firm believe that they had broken their three year winless run in Berekum but their former striker Emmanuel Clottey had other ideas.

Clottey struck a ferocious free kick that flew into the net like a thunderbolt with the last kick of the game.

A jubilant Clottey in celebrating his goal took off his jersey and threw it in  the direction of the Kotoko bench something which they did not take kindly.

The player in an interview with Ark Fm, has apologized for his behaviour towards the Kotoko bench and blames it on emotions.

"I was really happy for scoring against Kotoko."

I was overjoyed and unfortunately I pulled off my shirt.

I didn't intend to disrespect Kotoko by throwing my shirt at the Kotoko technical area.

I really apologize if Kotoko team and fans are offended am really sorry" he said.