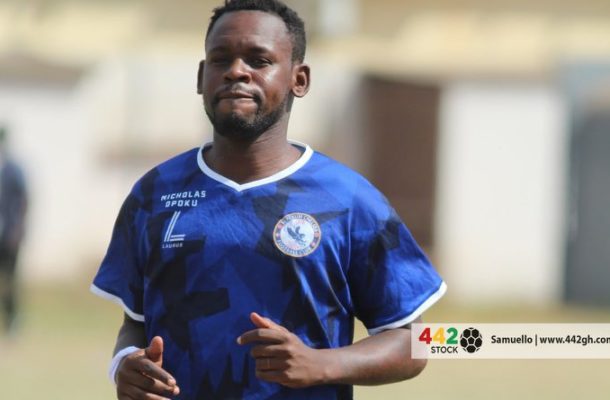 Kumasi Asante Kotoko walked away with a point from the Golden City Park in Berekum but the draw felt like a defeat for the porcupine warriors.

Its a ground where the porcupine warriors have failed to win a game in about three years now and they were mightily very close to banishing the demons at the Golden City Park.

Maxwell Konadu's men started the game in brilliant fashion as they opened the scores after nice combination between Osman Ibrahim who turned provider for Kwame Opoku who slotted home in the 18th minute to give Kotoko the lead.

The home side Berekum Chelsea came strongly into the game but Felix Annan saved whatever was thrown at him by the Chelsea attack.

Kotoko could have extended their lead as Kwame Poku had several other chances to have extended Kotoko's lead but fluffed his lines.

Veteran striker Emmanuel Clottey came from the bench for Berekum Chelsea and gave Kotoko the first warning when he fiercely struck a free kick which goalkeeper Felix Annan parried over the bar.

Felix Annan unfortunately got injured on his birthday as he was stretchered off for Kwame Baah .

Berekum Chelsea were awarded a late free kick just outside the Kotoko 18 yard box and the former Kotoko striker fired a thunderbolt of a shot beyond Kwame Baah to break the hearts of Kotoko with the last kick of the game.