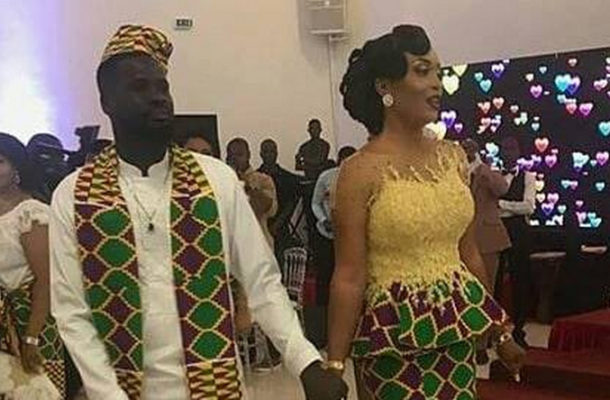 The marriage ceremony took place in his home country, Cote d’Ivoire and the event was an invites only affair.

Eboue had broken up with his ex-lover after moving from local team ASEC Mimosas to Europe where he played with big football clubs such as Arsenal, Galatasaray and Sunderland.

The 34-year-old former football star was in the news a couple of years for being broke after a bitter divorce with his British wife Aurelie Bertrand.

In an interview with a leading British media house Eboue said that his former wife stripped him of all his assets. His ex-wife allegedly took everything he had including their three children, mansion, cars and their first house in North London where he was ordered by a court to surrender ownership.