Emmanuel Sarkodie: Hearts of Oak to complete signing of midfielder within 72 hours 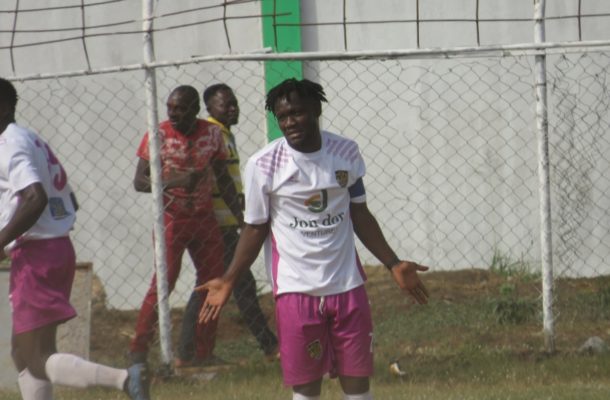 Accra Hearts of Oak are almost through with the signing of Nkoransa Warriors skipper Emmanuel Sarkodie following a fruitful discussion between the two parties held on Tuesday.

Ghanaguardian.com can confirm that barring any last minute hitches, the highly-rated midfielder will sign a four-year deal with the 20 times league Champions.

The former Coton Sports and KFC player has already said it has his dream to play for the rainbow color boys since childhood, and is 72-hours away away from realising that feat.

23-year-old has been an instrumental figure for the team for the past two season. He was adjust as the clubs best player in the Division One League and has won player of the month of January and February respectively in this seasons league