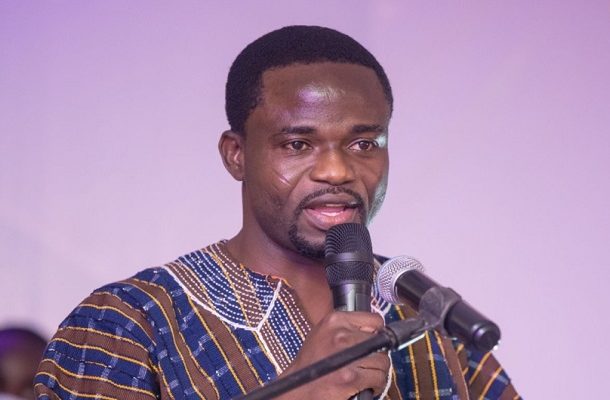 Popular columnist, Richard Kwame Krah, has lashed out at Manasseh Azure Awuni, describing him as one who hates to be held accountable.

His comment follows a move by the award-winning investigative journalist to block him on Facebook after calling him out over his recent exposé about Light House Chapel's Dag Heward Mills.

According to Mr. Kwame Krah, he queried Manasseh Azure on why he was posting series of articles to expose Dag Heward Mills but refused to act same towards his own pastor, Dr. Mensah Otabil when he was allegedly caught up in a banking scandal.

He said his harmless question infuriated the popular journalist and before he knows, he had blocked him.

To Kwame, he could not fathom why "a freedom fighter" could be that emotional and find his comment offensive.

Here below is how he reacted to the issue:

Manasseh Azure has blocked me from his page because I called him out on his recent craze with the Dag Heward Mills expose`. This was my comment:

"You know the problem I have with you Manasseh? Selective interest. I'm not religious and I believe people using the name of the Abrahamic God to take advantage of others must be dealt with. However, I find it strange why it seems you're using your entire energy to expose Dag Heward Mills and his lighthouse by posting series of articles but when your own pastor Otabil was caught up in that banking scandal, you refused to comment or post articles like you're doing today. Doesn't that portray some kind of bad image? It was something that affected the lives of Ordinary people. I don't know how you perceive it but from where I stand, the image looks hypocritical."

He found the above offensive. Emotional freedom fighter who hate to be held accountable? Isn't he supposed to come with clean hands?? His own pastor's alleged mismanagement caused ordinary Ghanaians to lose their life savings but he refused to post his usual articles. Why is he overly obsessed with another pastor's internal issues? The Hypocrisy on this street is too much.