EMOTIONAL VIDEO: Kwesi Arthur and family shed tears of joy as he announces his BET nomination to them 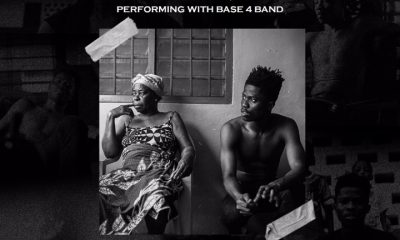 The family of fast rising hip hop artiste, Kwesi Arthur greeted the news of his first ever International nomination amidst tears and prayers.

The 'Anthem' hitmaker made news this week when the Black Entertainment Television (BET) announced his nomination for the 2018 Viewer’s Choice “Best International Act” slot at this year’s BET Awards.

The International media organization made the announcement via their twitter handle urging the fans of the “Grind Day” hitmaker to support the artiste by commenting #IPICKKWESIA18 on their Instagram page.

The post read: “Congrats to @KwesiArthur_ on his nomination for #BETAwards2018 Viewer’s Choice “Best International Act”. To vote for Kwesi Arthur and help him win, comment with #IPICKKWESIA18 on our Instagram page!”

Born Emmanuel Kwesi Danso Arthur Junior, the winner of the Hip Hop Song of the Year at the just ended VGMA 2018 got an overwhelming support from top Ghanaian celebrities including Sarkodie, M.anifest, John Dumelo, Jocelyn Dumas among others after the news of his nomination hit the media.

In a video circulated on Social Media, his family could not hide their joy as they were seen hugging and singing praise songs amidst tears of joy.

Watch the emotional video below;