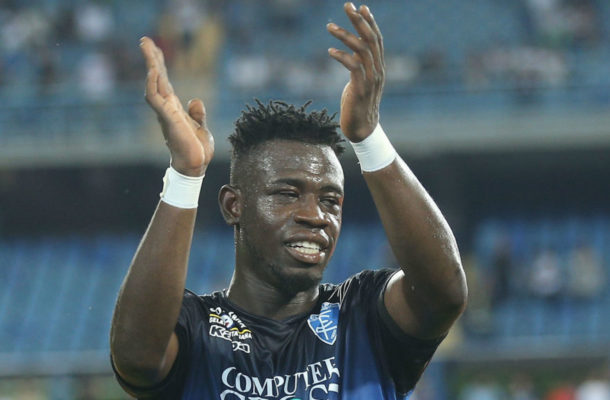 Empoli midfielder Afriyie Acquah has rediscovered his early season form that made him an instant fan favorite after joining from Torino in the summer.

The Ghanaian midfielder had disappeared from the blue radar and was dropped to the bench eight times in eleven games with only three starts after being among the team's best players at the start of this campaign.

Sacrified by the tactical choice to bet on Traore as the pivot in a five-man midfield.

However in the last two matches, the former Torino star has regained his position in the starting XI.

His performances against Sassuolo and AC Milan has served as a reminder of his importance to his team.

His specialty is to recover possession and breaking of the opponent's play but he can distribute the ball as well with equal ease.

Acquah remains a key member for Giuseppe Iachini's side who are struggling to move up the ladder in the Serie A.