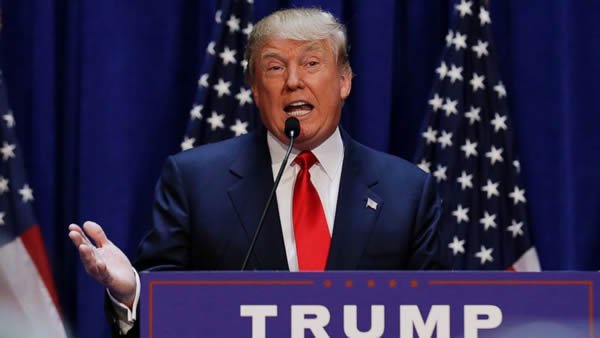 Prosecutors issued a "notice of violation" after determining the foundation had no proper registration.

The notice directs the Trump foundation to "immediately cease soliciting contributions or engaging in other fundraising activities in New York".

The foundation has relied on donations from others since 2008, records show.

James Sheehan, head of the attorney general's charities bureau, sent the letter to the foundation on Friday, according to a copy provided by press office of state Attorney General Eric Schneiderman.

The foundation had neglected to register under article 7A of New York's Executive Law, which is required for any charity soliciting more than $25,000 (£19,440) a year.

"While we remain very concerned about the political motives behind AG Schneiderman's investigation, the Trump Foundation nevertheless intends to co-operate fully with the investigation," Hope Hicks, Mr Trump's spokeswoman, said in a statement.

"Because this is an ongoing legal matter, the Trump Foundation will not comment further at this time."