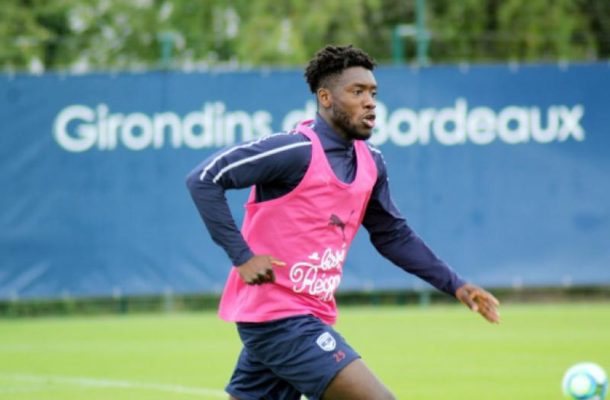 French defender of Ghanaian descent Enock Kwateng has expressed delight in a a four-man defense at Bordeaux.

The 22-year-old in an interview has also described teammate Josh Maja as the "club's best finisher".

He was aswring questions from the team's supporters on twitter

7 times a goal scorer and 3 times a decisive passer this season, all competitions combined, despite a reduced playing time, Maja, who has been playing very little lately, would not however be very pleasant in the eyes of the technical staff of Paulo Sousa , who prefers the experience and mentality of Jimmy Briand (8 goals and 1 assist in 2019-20). So, it is mainly from the bench that the young Anglo-Nigerian (1 cape in A with the Super Eagles) has been playing matches in recent times, even if he has the best sense of goal.