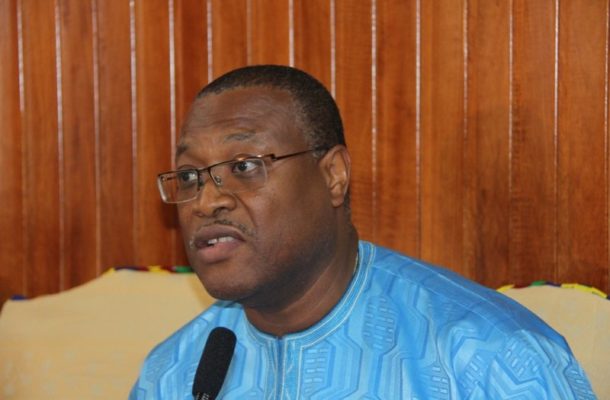 The Board Chairman of the John Evans Atta (J.E.A) Mills Memorial Heritage, Alex Segbefia has descended heavily on Koku Anyidoho, Founder and President of the Atta Mills Institute, for acting as the mouthpiece of the family of the late President.

Alex Segbefia made this disclosure on GTV’s Breakfast Show earlier on the ‘Scoop’ segment which focused on “The Atta Mills Legacy: 10 Years On”.

According to Mr Segbefia, the family of late Prof. Mills should have been involved from the start of the renovation.

“In life you can have good intentions, but if you don’t do them properly, it becomes bad. So a good thing done in the bad way becomes bad.” Mr Segbefia said

"Follow tradition when it is not going to cost you anything…The bottom line is, the relationship with Koku Anyidoho made the government lose their way”.

He continued by saying “the Koku Anyidoho I know is different for me, he’s changed his name. His name in the morning is Koku Atta Mills, he will talk for the whole Atta Mills family, in the afternoon he becomes Koku Ken Dapaah, he will tell us all about our security needs and everything that we need to know and by evening he is Koku Addo Danquah Akufo-Addo, he will talk for the whole country and tell us what we are going to do…One person has taken the government into a ditch but as I said, it will all unfold. Enough is Enough!” Mr Segbefia further explained.

Asked why he has not personally spoken to Mr. Anyidoho over the issue, Mr Segbefia indicated that “Koku is very emotional…depending on how he is in a particular day will determine how the conversation will go and no matter what you say, you will not know how he will react on an issue…I have worked with Koku.

"I know the passion and the fight he has done for the NDC. I know what he has been able to achieve with the party but you cannot carry battles that are not yours…” Mr Segbefia added.