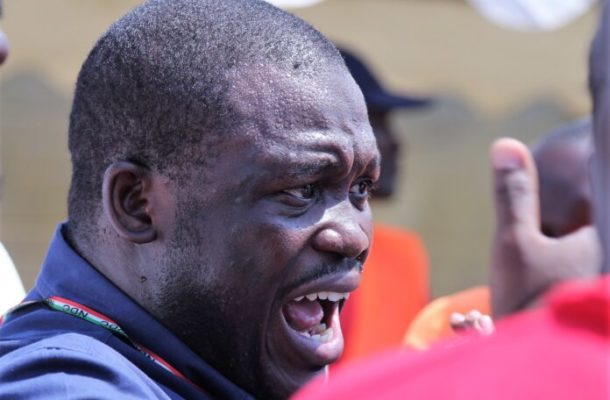 Member of Parliament (MP) for Ningo Prampram, Sam Nartey George has charged the party to take action against violent acts being perpetrated by alleged thugs of the NPP.

He said members of the opposition should not resort to only press conferences the NPP thugs continue to brutulise them in the Electoral Commission’s ongoing voter’s registration exercise.

In an interview with Dwaboase host Kwame Minkah on Power 97.9 FM Wednesday morning, the legislator stated the failure of the NDC candidates to be sturdy and face the thugs, that have been deliberately unleashed to terrorize innocent citizens in the party’s stronghold, would be a huge blow to the victory cause of the umbrella family.

“We are only registering people so if the NPP guys misbehave because they have power and are landlords of Ghana and the NDC candidates sit aloof and watch, they would have disappointed the party,” Mr George opined as he condemned the violence being perpetrated by some persons linked to the NPP.

Renowned actor and parliamentary candidate for NDC at Ayawaso West Wuogon, John Dumelo has expressed concerns over the violent attacks on his agents, indicating his agents were brutalized by persons linked to the NPP candidate Lydia Alhassan in the presence of Policemen.

“Should she continue to remain indifferent to the concerns raised that she has been made aware of severally, alternative reliefs within the confines of our laws will be sought by this Campaign team to ensure the protection of all constituents from acts of thuggery and hooliganism,” Benjamin Avornyotse, spokesperson for Mr Dumelo’s campaign said in a statement.

In Banda in the Bono region, the registration exercise related violence reportedly sponsored by the NPP candidate who also doubles as the CEO of Middle Belt Development Authority, Joe Danquah, has left one person dead and several others injured.

According to the MP of the area, Ahmed Ibrahim, the deceased was a teacher training graduate who was returning home after completing his course, adding that his brother was also attacked by the thugs at his residence at Banda Ahenkro.

Police is yet to arrest the persons behind the bloody act, raising eyebrows and suspicions in the area which has been described as a hotspot for violence.

But Mr George, who is disappointed, noted the intimidation from the NPP-sponsored thugs in some constituencies will escalate if the NDC front-liners fail to stop them.

“The people should act. Action is of holding the law. I am not saying NDC members should go and fight or spark violence. If you are attacked you have to face those who do so. I have told the people in the constituency that if you beat me today, I’ll retaliate and if you succeed again, I’ll retaliate till I overcome you,” he stated.

Mr George went on to say his agents in Ningo Prampram are well prepared for the NPP, stressing he has warned them not to dare intimidate anybody in the constituency as the EC’s registration continues.