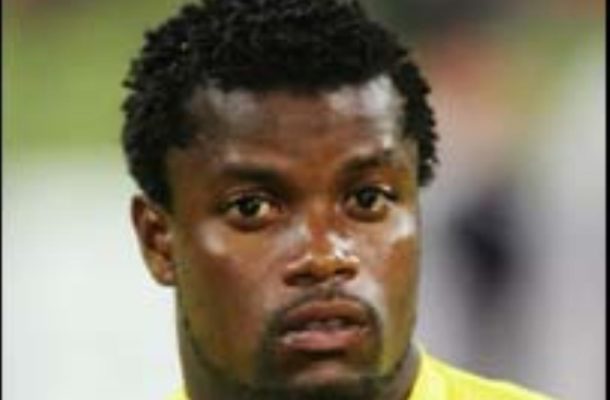 Former Asante Kotoko striker Eric Bekoe has shelved rivalry with his former club's bitter rivals Hearts of Oak ass he has settled on former goal merchant Ishmael Addo as his all time great in the Ghana Premier League.

The former Ghana attacker played for Asante Kotoko for a single season but has legendary status in the eyes of Kotoko fans as he helped the team clinch the league and FA Cup double in 2007/2008 season under coach Bashir Hayford.

Eric Bekoe was considered as one of the best goal scorers during his days and won the goal king award in 2007/2008 season but has unequivocally selected the mercurial Hearts of Oak striker his the best ever.

The 'enfant terrible' as he was affectionately referred to won the five Ghana Premier League titles, Caf Champions League, Super Cup and was thrice the golden boot winner from 1999-2001.

The former Hearts great =scored 64 goals in 71 games for the Phobians before moving to Europe to continue his career.

He made 9 appearances for Ghana scoring just a goal for the Black Stars.