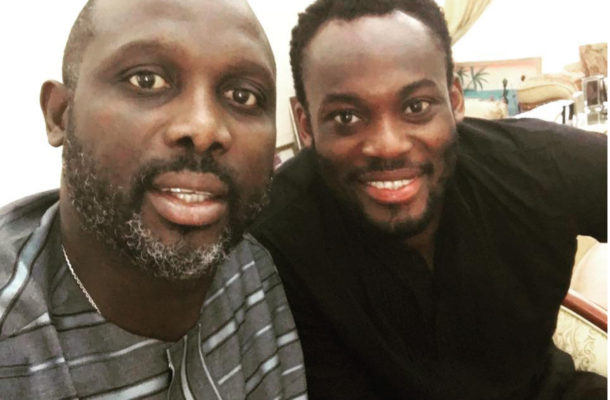 Following a peaceful presidential run-off on the 26th of December, 2017 the former football star garnered 61.5% of the vote while his opponent, Joseph Boakai was far behind with 38.5%.

The former Chelsea man took to his Instagram page to congratulate and wish him the best of luck as he embarks on this new chapter of his life.

He wrote; “CONGRATULATIONS MR. PRESIDENT @georgeweahoff. YOU ARE VICTORIOUS AND JUST AS YOU WORKED HARD DURING YOUR PLAYING DAYS I AM SURE YOU WILL WORK HARD FOR THE GOOD PEOPLE OF #LIBERIA. GOOD LUCK AND BEST WISHES”