Essien returns to Indonesia side after doubts over his future 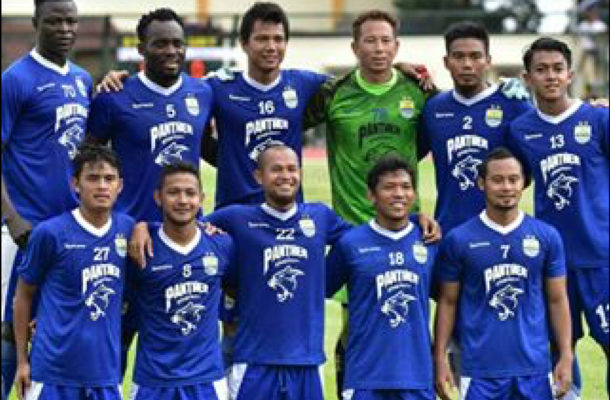 The dust seems to have settled on the future of Michael Essien at Indonesia outfit, Persib Bandung amid rumors that he was not part of newly appointed Coach Mario Gomez’s plans.

Reports have been rife in the media that Essien might be on his way out of the club with the MLS being a possible destination.

However the former Chelsea midfielder has rejoined Persib Bandung in pre season training ahead of the start of the new season and featured in their 4-0 friendly win over Sleman United.

The 34-year-old  joined Indonesian top flight side on a one-year deal as a marquee player ahead of the start of the 2017 Liga 1 season and was given the option of extending his contract for a further year at the end of the 2017/2018 season depending on his performances.