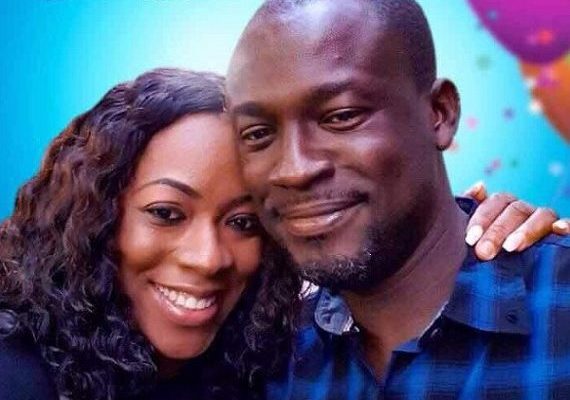 The marriage of the Director of Communications at the Presidency, Eugene Arhin, and his estranged wife, Gloria Assan is officially over.

It follows the decision of the ‘Divorce and Matrimonial Court presided over by High Court Judge, Justice Cecilia Don-Chebe Agbevey to dissolve the marriage on 28th April 2021.

A copy of the judgment in the possession of DGN Online, shows that Gloria failed to prove the allegation of adultery she levelled against the Director of Communications at the Office of the President.

It will be recalled that one of the allegations Gloria levelled was that “the Respondent (Eugene Arhin) has committed and continues to commit adultery with one Chantel Kudjawu also known as Getrude Gbajo.”

This allegation was vehemently denied by Eugene Arhin who put Gloria Assan to strict proof.

With Eugene Arhin having denied the allegation in his response to the Petition, the onus, according to the Court was on the Petitioner (Gloria) to lead cogent and credible evidence of her assertion.

In her ruling, Justice Cecilia Don-Chebe Agbevey cited the case of ZABRAMA V. SEGBEDZI [1991] 2GLR, 221, where the Court of Appeal per Kpegah JA (as he then was) held that: “a person who makes an averment or assertion, which is denied by his opponent has the burden to establish that his averment or assertion is true. And, he does not discharge this burden unless he leads admissible and credible evidence from which the fact or facts he asserts can properly and safely be inferred. The nature of each averment or assertion determines the degree and nature of that burden.”

She also cited the case of ADJETEY V. ADJETEY (1973) 1 GLR 216, where the Court held that: “Direct evidence of adultery is rare. In nearly every case, the fact of adultery is inferred from the circumstances which by fair and necessary inference lead to that conclusion. There must be proof of disposition and opportunity for committing adultery but the conjunction of strong inclination with evidence of opportunity will not lead to an irrefutable presumption that adultery has been committed. Likewise, the Court was not bound to infer adultery from evidence of opportunity alone.”

Many at the time believed that the use of the name ‘Chantel Kudjawu or Getrude Gbajo’ by Gloria was to achieve a certain effect and court public disaffection against Eugene Arhin within the circles of the New Patriotic Party.

With Eugene and Gloria both admitting that “several attempts by family and friends to reconcile their differences were not successful”, Justice Don-Chebe Agbevey was satisfied that “the marriage has broken down beyond reconciliation.”

The Justice of the High Court, therefore, cancelled their marriage certificate with license number AMA/017/2013, with a copy of the divorce certificate served on the Registrar of Marriages for the amendment of records.

Meanwhile, the Court has asked Gloria to keep custody of the children of the marriage in a manner that they would live with her.

It however gave Eugene the right to visit the children at all times subject to giving Gloria a reasonable notice of not less than 2hours before the visit so as to prepare the children.

He would also have the opportunity to pick the children to his home when they close from school every Friday at 3pm and return them to the school at 7:30am if it is a school going time.

The two have also decided that vacations and other holidays be equally shared between the parties and that where they are unable to agree to the sharing, a rotational system shall set in such that the children shall spend vacations or holidays on a rotational basis with each party.

They have also decided that the monthly maintenance or upkeep cost of the children shall be a sum of GHc₵6,000 which would be shared between the two with the woman bearing 40% and 60% by the man.

Eugene Arhin has however agreed to bear the educational and health or medical cost of the children and to enroll the children on a reputable health insurance scheme with an agreement to make all payments into Gloria’s bank account.

She has however agreed to be responsible for the maintenance and payment of utility bills of the property settled in her favour, which includes the five bedroom uncompleted house situate in the Kpone Katamanso district and vehicles with registration numbers GE 4646-18, GE 7108-18 and GE 4646-19.

The court has also asked Mr Arhin to pay to the woman a lump sum settlement of GH₵100,000.

In her petition, Gloria among others asked for custody of the three children with access to their father.

She also demanded that the five bedroom house in question be settled in her favour alongside the three vehicles and a sum of GH₵2million as compensation and an order for her estranged husband to maintain the children and also pay their school fees and medical bills.