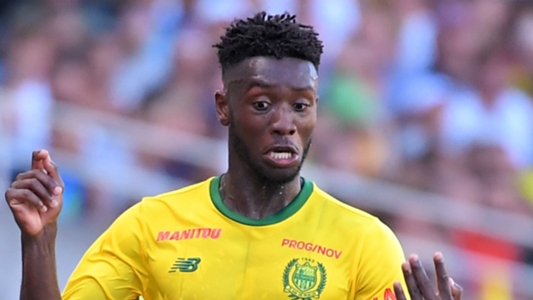 Ghanaian defender Enoch Kwateng will not extend his contract with French side FC Nantes which expires in June 2019.

Several clubs around Europe have already began the hunt for the versatile right-back with Southampton and Watford reportedly leading the chase.

The 21-year-old plays predominately on the right of a back four but can also operate in the centre and at left-back.

In an interview with L'Equipe, Kwarteng confirmed his departure and also revealed his next destination will known in a month.

"There are interests of several French and foreign clubs, and I want to continue to improve. I will be fixed within a month, "he said, before justifying his desire elsewhere.

"I would like to be considered a professional player, no longer like a young person from the training center. I want to go to England, or even Germany, but my goal is first to stay in Ligue 1 to gain experience. I do not forget that a year ago, I had no play time and I was in reserve, "said Kwateng.

Kwateng came through the youth system at Nantes and made his debut in August 2015. He has been capped at underage French level and was part of the side who won the Under-19 European Championships in 2016 alongside Kylian Mbappe.