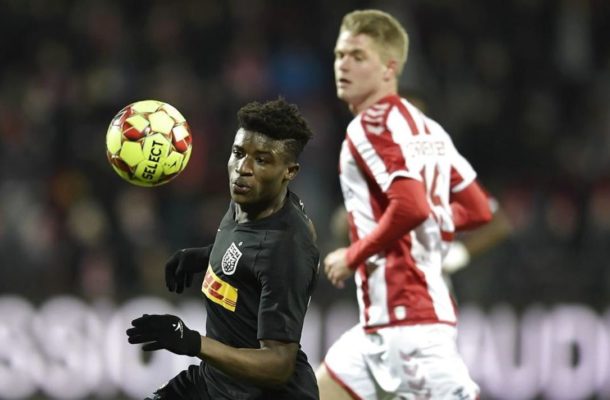 According to Danish newspaper Ekstra Bladet, the three European giants are looking closely at FC Nordsjaelland's most wanted, Mohamed Kudus.

The 19-year-old Ghanaian forward has been the subject of transfer speculations to several clubs in Europe and a summer move from the Danish top flight looks imminent.

Kudus completed a move to Denmark in 2018, coming from Right to Dream in Ghana. Since joining Nordsjaelland the forward has made quite an impression and he has been a first team regular this season.

He has netted 11 goals for Nordsjaelland so far this season in 21 appearances for the club.

Recently, Kudus was added to the shortlist of the European Golden Boy, the award for Europe’s biggest talent hosted by Italian outlet Tuttosport.

After his nomination the forward has already attracted the interest of Liverpool, Tottenham Hotspur and Newcastle United.

Ekstra Bladet, however, reports that Ajax, Real Madrid and Manchester United are seriously interested and could make a bid this summer.