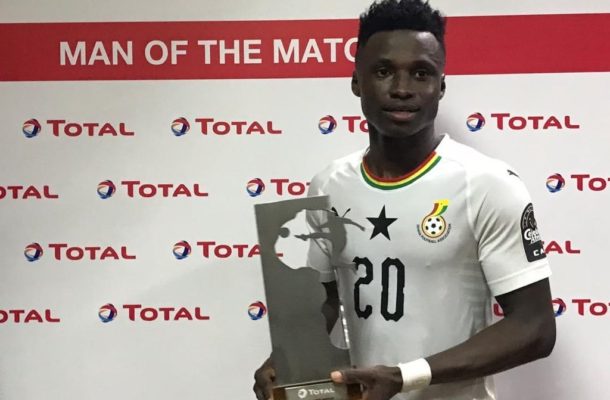 Black Meteors winger Evans Mensah has been named in the 2019 CAF U23 Cup of Nations Best XI.

The HJK Helsinki star won one man of the match award- in the opener against Cameroon- and scored two goals at the tournament.

Mensah was picked by the tournament's Technical Study Group (TSG) in a three-man midfield alongside Aboubakar Keita of Ivory Coast and Egypt's Ammar Hamdy.

He was adjudged the Most valuable Player of the tournament in addition to picking up the Total Man of the Match award for the final match.