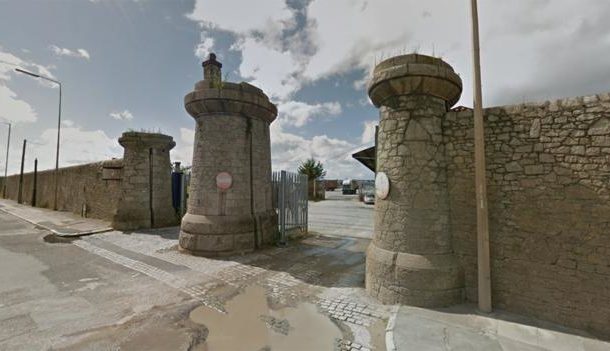 Everton moved to Goodison Park in 1892, having previously played at Anfield

Everton's planned new stadium at Bramley Moore Dock has a proposed capacity of 52,000 with the possibility to add a further 10,000 seats.
The club hope to submit a planning application for the project in the second half of 2019.
A second public consultation will also be held next summer.

"It is important to stress that this is our 'proposed' capacity and it is what we are currently working towards," said stadium director Colin Chong.
"We believe that our approach is the right one because it is commercially and financially sustainable and will mean that, in the long term, we will be able to increase the capacity should there be a demand and requirement to do so."
Iranian businessman Farhad Moshiri bought a 49.9% stake in Everton in February 2016 and outlined plans for a move from Goodison Park, which has a capacity of 39,572.
An initial plan was to build a stadium at Walton Hall Park, a short distance north-east of the club's home since 1892, but it was opposed by local residents.
Those plans were abandoned in May 2016, with the club moving its attention to the site at Bramley Moore Dock.
Should planning permission be granted, Everton hope the stadium would be ready for the 2023-24 season.
They previously abandoned plans to move to Kings Dock in 2003 and Kirkby in 2009.Source: bbc.com