Every side chick has been blessed by God - Counsellor Lutterodt claims 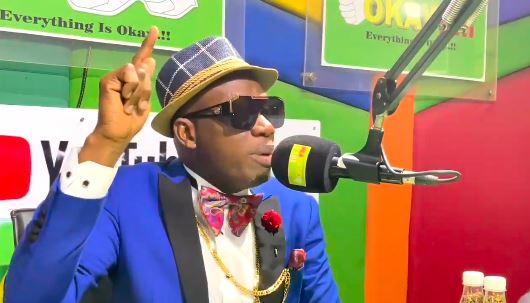 Marriage and relationship commentator, Counselor George Lutterodt has endorsed extramarital affairs, saying it has been ordained by God.

According to him, God purposely designed side chicks to help strengthen marriages.

“Side chicks have been blessed by God to follow married men, every woman who follows a married man. God has been blessed you and he has given you long life,” he said in an interview on Okay FM.

Meanwhile, to support his argument, the counselor explained the levels in relationships women tend to have with men, from friendship to being a baby mama and a side chick.

“If Obi Yaa is my friend, that's a girlfriend. If she gives way for me to sleep with her, she is no longer my girlfriend, she is my sex mate. when I have a baby with her, she then becomes a ‘baby mama’ but if she doesn't give birth and maintains a relationship with me, then she is a side chick,” he added.

The counselor who believes his doctrines and not what the Bible preaches with regards to marriage has in a previous interview reported by 3news.com, claimed that there is nothing spiritual surrounding sex as many have posited.

According to him, Christians have been led to believe that myth for too long, adding that an individual can decide to sleep with 400 people without any mystical consequences.