Everyone has a bit of homosexuality - Study 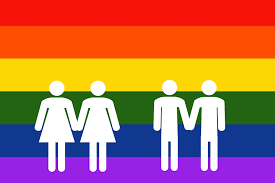 We don't agree with this study. Trust some people to try to force their opinion on others. Read below and tell us what you think?

A new study is attempting to do away with strict definitions of sexuality by claiming that no one is completely straight.

The study published in the Journal of Personality and Social Psychology, argues that there’s no such thing as a "straight" man or woman. Rather, people operate on a spectrum. The researchers showed men and women different kinds of pornographic material and took note of their responses to decide their sexuality.

After pornographic materials were shown to straight men and women, the researchers, rather than relying on self-reporting, looked at physiological responses to the sexual material. Namely pupil dilation, which is a sign of sexual arousal.

The study found that women’s eyes dilated when they viewed a man and a woman being sexuality intimate, and when two women were sexually intimate.

He argues that though the idea of bisexuality as the norm is becoming more accepted when it comes to women, men are still struggling with patriarchal stigma. Other studies previously carried out also arrived at the conclusion that women are naturally bisexual.