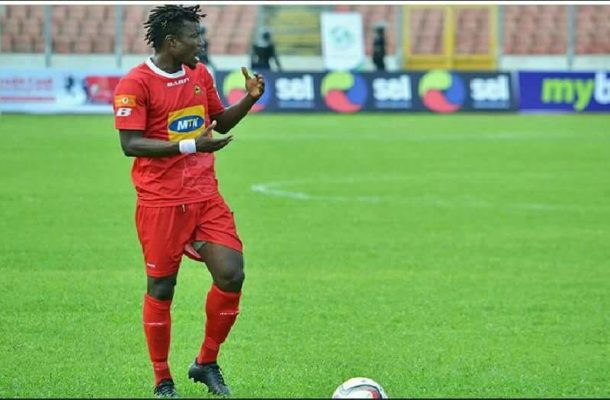 Former Asante Kotoko midfielder Jackson Owusu is in Nairobi to complete a move to Kenyan Premier League side Gor Mahia.

According to Ghanaian journalist Akakpo Agodji of Ashh FM, Kumasi, Owusu was one of Polack’s top players at Kotoko.

“The coach loved him. He was one of his best players,” Akakpo told Kahawa Tungu.

Owusu suffered a broken leg in 2016 but recovered and later moved to Kuwaiti VIVA League side Al Tadhamon SC on a season long deal from the Porcupine Warriors.