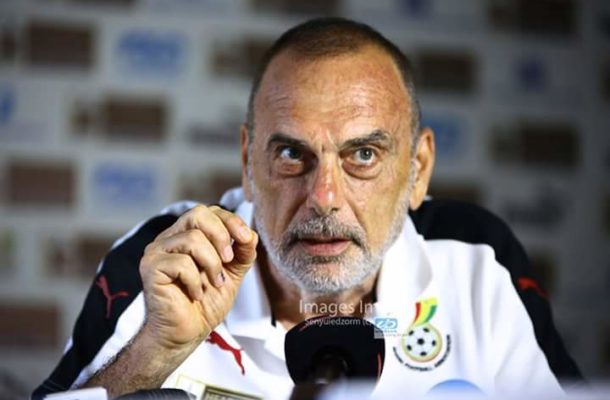 Our journalist in Doha reported that Avram was seen sitting in the crowd enjoying the ongoing IAAF World Athletics Championship and he pounced on him in an exclusive interview.

According to our reporter Avram told him that he has been having lots of fond memories about Ghana and very soon he will pay a surprise visit and have pep talks with anyone who is in charge of the GFA and see if there will be an agreement then surely he will take over the national team for the second time.

“I really miss Ghana and I want to re-unite with Ghana again if I am given the opportunity.” I have so many memories about Ghana and I must say that Kwesi Nyantakyi did extremely well as the President of the Ghana Football Association but its quite unfortunate”

He added that there is too much politics in our game which he doesn’t want to talk about it or involve himself.

“I love Ghana and ready to come back again”, Avram concluded.

On February 28, 2017 the Ghana Football Association released a statement which sighted that both parties have gone into a mutual agreement to end the contract upon its expiry.

The former Chelsea manager took over from Kwesi Appiah in November 2014 following Ghana’s disappointing World Cup finals appearance that included poor performances on and off the pitch.

Following Avram’s decision to part ways with Ghana he was quoted as saying by the BBC that “the time is right” for him to seek a new challenge and that he had enjoyed his time in charge as the Ghana Coach.