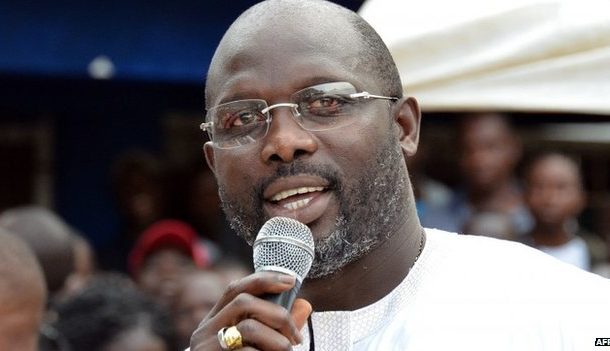 The two enjoyed a brief spell together at Cameroonian top flight side Tonnerre Yaoundé in the late 1980’s before Weah was scouted and transferred to France by former Arsenal Manager Arsene Wenger.

Weah eventually became prominent in the European game and crowned it with winning the World, European and Africa best footballer awards in a single year.

Abbrey on the other hand did not make it beyond Cameroon and Morocco and eventually returned to Ghana to wrap up his career in early 2000’s.

And speaking in an interview, the 1982 AFCON winner, who shared memories of himself and the current president of Liberia   says he has since lost touch with his former teammate and any help to restablish contact with him would he very much appreciated.

“I enjoyed my spell in Cameroon, My playing mate is George Weah, we played together in Cameroon for Tonerre Yaoundé”, Abbrey narrated to Asempa FM.

“We had a good time together (on the pitch), Now he doesn’t have my number, I also don’t have his number.

"I would love to get in touch with him so that we communicate. If he hears my name he would be willing to engage me” Abbrey added.

Despite sharing minutes on the field and demonstrating immense quality, both players had their careers turning out quite differently.

While Oppong Weah went to Europe to conquer and cement legendary status, Abbrey only attained what can be termed a ‘local hero’ status representing clubs like Hearts of Oak and Sekondi Eleven Wise.

Once considered the most popular foreign player in Cameroon during his time there, the former winger has been enduring a life to forget for a national hero.