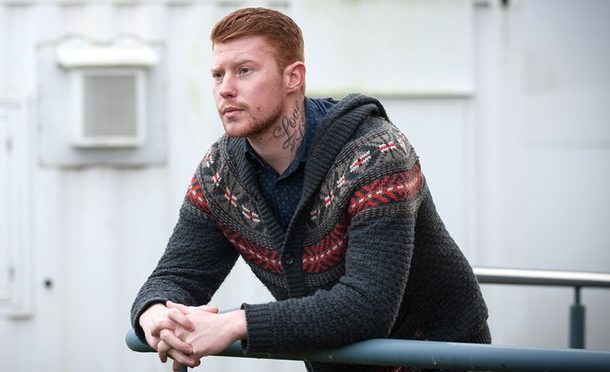 A former soldier who fought against Islamic State in Syria has described the 10 months he spent on police bail after returning to the UK as an “extremely harrowing ordeal”.

Joe Robinson, 23, was arrested on suspicion of terrorism offences at Manchester airport in November last year after fighting alongside Kurdish rebels in Syria.

The ex-soldier, from Accrington in Lancashire, was told on Friday that he would not face charges because there was insufficient evidence to prosecute. It is understood that detectives are continuing to investigate whether Robinson and other Britons who fought against Isis committed terrorism offences.

Robinson told the Guardian: “I’m just happy that the restrictions placed on me have been dropped and that I can finally move on with my life.

Although the investigation for all UK citizens who volunteered with the YPG [Kurdish militia] in Syria is still ongoing, the fact that special branch have confirmed that, due to insufficient evidence, all restrictions and bail conditions placed on me have been dropped is definitely positive news.”

The ex-soldier, who toured Afghanistan with the Duke of Lancaster’s Regiment in 2012, described the past year as “extremely stressful” for him and his family.

“I went to Syria to fight against terrorism and to protect the civilians caught up in the fighting who have had to endure the most horrendous experiences and living conditions imaginable,” he said.

“I love my country, I am ex-military and served my country in the Afghanistan conflict, but to be accused of terrorism by the same country I fought for for simply trying to help those in need has been extremely harrowing and made me think twice about the morals of the government in the UK.”

In January, Robinson described how he struggled to adapt to civilian life in Blackburn after months fighting alongside the Kurdish militia group YPG, or People’s Protection Units.

It was the day after the Tunisian beach terrorist attack in June last year that Robinson quit his job to go to fight in Syria, telling his boss only that he was going abroad.

Over the previous 12 months, starting with the murder of the Salford aid worker, Alan Henning, he had grown increasingly incensed by both Isis’s gory propaganda videos and what he saw as Britain’s inaction in Syria.

Telling his mother he was going to France to try to join the French foreign legion, Robinson instead flew from Manchester to Germany and then on to Sulaymaniyah, in the Kurdistan region of Iraq.

In Sulaymaniyah, he met fighters with the Lions of Rojava, a Kurdish unit hosting a number of foreign militants, who then smuggled Robinson and other westerners over the border and into Syria.

Another Briton who went to Syria to fight against Isis is due to answer police bail next month after being arrested under counter-terrorism legislation.

Aiden Aslin, 22, from Newark in Nottinghamshire, spent 10 months fighting alongside the YPG. He was arrested at Heathrow airport in February and has been on police bail since.

His mother Angela Wood told the Newark Advertiser earlier this year: “We still believe Aiden should never have been arrested in the first place.

“Aiden should be being treated as a hero for doing what the UK government should be doing.”