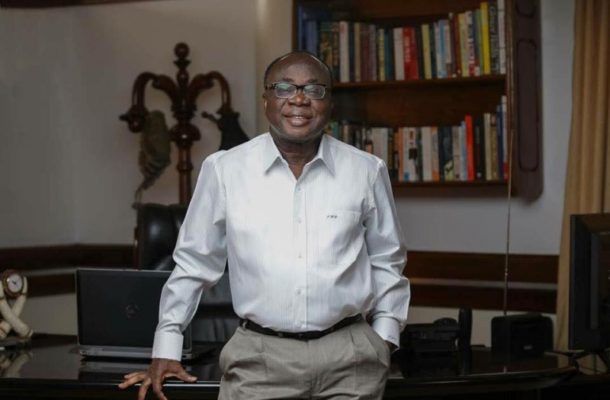 Documents available to Starrfmonline.com reveal that Mr. Blay, who is serving as a “Guarantor” on behalf of constituency chairpersons of the NPP, who are Trustees of the transport facility, has made a 30% deposit of the contract price, which is equivalent to $3,000, 000 (GhC13,795,561).

“This is not a fixed price content and shall be subject to adjustment, modification, escalation or any other additional costs or payment,” a part of the Guarantee (a formal assurance – typically in writing – that certain conditions will be fulfilled, especially that a product will be repaired or replaced if not of a specified quality) in the possession of Starrfmonline.com reads.

The contract, which was signed on October 25, 2017 is between Senalie Group represented by its Executive Director Christ Etse Azawodie as the “contractor” and the Constituency Chairpersons of the NPP as Trustees for and on behalf of the constituencies with Mr. Blay serving as the Guarantor.

The acting General Secretary of the NPP, Mr. John Boadu, signed as a witness for the Guarantor (Mr. Blay) while Mr. Fred Offei, the constituency chairman of Shai-Osudoku signed for and on behalf of the Trustees (Constituency chairpersons) in the presence of one Ruben Dorcoo.

Starrfmonline.com can also reveal that ownership of the vehicles is vested in UMB Bank until full payments are made.

Spokesperson of Mr. Blay, Richard Nyamah said the buses are being procured with a bank facility, but he is not “in a position” to reveal the cost of each bus and the bank because “these are privileged confidential information.”

“I know that it’s a facility. The facility is that you guarantee the procurement of 275 buses for each constituency,” Mr. Nyamah told Starrfmonline.com.

“Mr. Blay took a facility to do the procurement. The amount involved and down payment are confidential information. I’m in no position to put them out there in the public domain,” he stated.

Meanwhile, some regional chairpersons of the ruling New Patriotic Party (NPP) have accused Mr Blay of peddling falsehood on the purchase of the 275 buses for each constituency of the party for commercial purposes.

Some of the chairpersons point to the fact that the acting chairman who is contesting the position of National Chairman position at the National Officers election of the NPP in July is misleading party delegates and the entire nation. They insist that they were forced to disclose the project to acting Chairman Blay at a point when there was a demand for a guarantor by the supplying company, possibly, the NPP particularly when the reference legal entity for the chairpersons is the legally registered party under the laws of Ghana.

Reacting to that assertion, Mr. Nyamah said: “I’m saying if somebody dreams a dream, it doesn’t mean I haven’t dreamt that dream. You only get to know a dream had become reality when it becomes reality. So if someone had dreamt and Freddie had implemented it I don’t know why you think I should vouch for the one that had the dream.”

“If tomorrow there is a default on the payment of those buses who is to blame or whose name or properties will be attached; any of the properties or the trustees?” he asked.