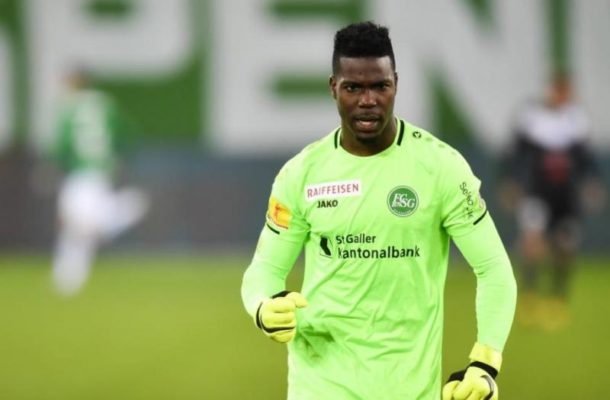 The Ghanaian net minder joined the Swiss side in January 2020 from French side Sochaux and has become the number one goalkeeper for his side.

He  has since joining FC St. Gallen made 84 appearances for his side and has only one year remaining on his contract.

Ghanaguardian.com can exclusive reveal that the Swiss side will in the coming days open contract negotiations with the Ghana goalkeeper.

The FC St Gallen goalkeeper has made 31 appearances for his Swiss side in the league conceding 54 goals and keeping 6 clean sheets.

He has been capped 7 times by Ghana and was part of the team that qualified for the Qatar 2022 FIFA World Cup.