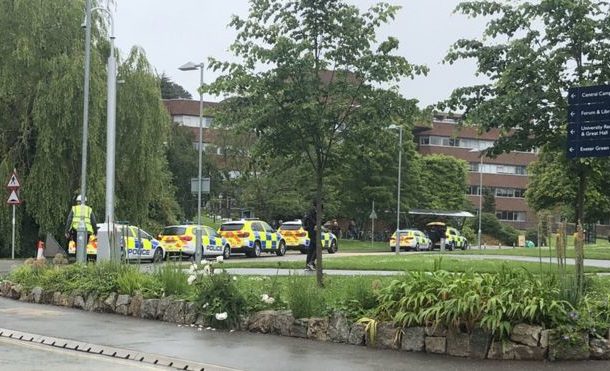 The University of Exeter has been placed on lockdown and a man has been arrested following reports a student with a gun started making threats.

Devon and Cornwall Police said armed officers seized a weapon after the university campus was put in lockdown.

According to eyewitnesses, police officers with guns and riot shields were seen at the institution.

Also, a number of patrol cars lined up near to the university’s Amory building, which was evacuated.

Other eyewitnesses said they saw a person being led away in handcuffs.

One student, who has not been named, said the incident started at just after midday, Metro UK reports.

"At about 12.20pm there were police with guns and riot shields outside the Amory building. The Old Library, Reed Hall, the Innovation Centre and Business School were on lockdown.  The Amory was evacuated but the forum was not affected at all," the student said. 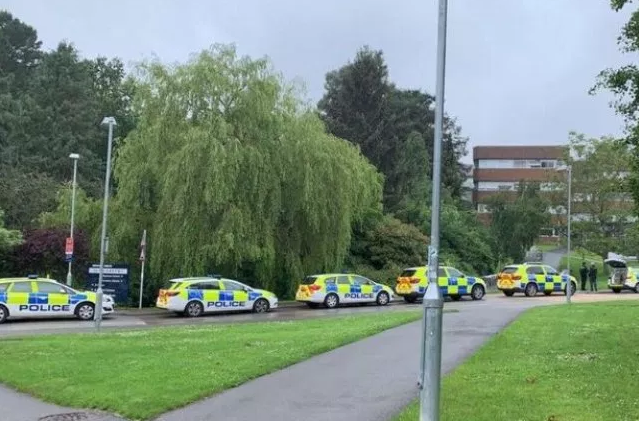 Another said students had to be pulled from an exam during the incident.

"I was in the cafe but some people were still in the exam because they had extra time, so they were pulled out," the student said. "I saw the police with their AK47s and I also saw the police dogs. The police were amazing, they were here in seconds. They took the guy out and then debriefed us."

A police spokesman said: "Armed units were sent to Exeter University following reports of a student making threats to other students, whilst in possession of a handgun.

"Police currently have one man in custody and have seized a weapon; we are now looking to see if this weapon is genuine or a replica. We can confirm that we have had no reported injuries and are not currently looking for anyone else in connection to this matter.

"We wish to reassure those on campus that they are safe. Local officers will remain in the area as we continue our enquiries into this incident."

A spokesperson for the university said: "No-one was injured and one individual is currently in custody. As a precaution, one building was closed for a short period of time, this building has now been reopened and the campus has returned to normal."