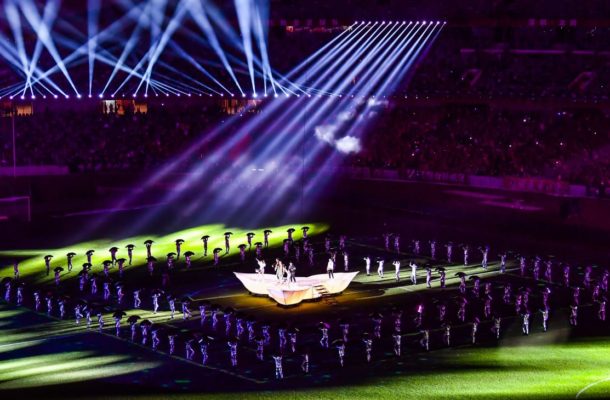 Beijing: The Chinese Super League (CSL) 2019 season kicked off in style with a spectacular opening ceremony in Shenzhen on Friday.


Expectations for the new campaign are higher than ever, with a key focus on further increasing professionalism and quality, and developing the game at all levels.

This season, the Chinese Football Association (CFA) has launched the slogan “a better game,” aimed at making China PR’s leagues more exciting for fans, more sustainable for clubs and a more effective pathway for national teams.

Looking ahead to the new season after the opening ceremony, Vice Minister of Sports and Acting President Du Zhaocai said: “The CFA is determined to ensure 2019 is a season of progress, integrity, competition, and entertainment. There are a number of new measures in line with the CFA’s "Overall Plan," targeted at ensuring the 2019 season sees improvement in all areas.”

Youth development remains a key focus this season after a year of positive reform in 2018. The CFA recognises that developing youth players is critical to strengthening the future of Chinese football, and as the major stakeholders of the CSL, professional clubs are key to making the stars of tomorrow. In the past few years, clubs have responded positively and acted quickly in this regard.

The 32 CSL and China League 1 clubs all have more than five teams in different age groups. Last year, the newly launched Youth League increased from 87 teams in the previous year to 259, and the number of games exceeded 2,200, making it a platform for the younger generation to develop.

It is estimated that there will be over 3,000 games this year. A number of clubs have also set up international training bases to strengthen best-practice exchanges with the global community. Further youth-focused policies will be implemented this year to sustain long-term development.

There will be an increased focus on efforts to develop women’s football this season. The CSL’s improvement in recent years has been a key part of the development of men’s football in China.

In light of this, the CFA has introduced a new policy whereby all CSL clubs must have a professional women’s team established by 2020. The intention of the new policy is to increase participation at a grassroots level and ensure the elite national team players have the platform to fulfil their potential.

The broadcast quality of CSL games is another key focus for the CFA in 2019. The CSL is growing in popularity and more people than ever before are expected to watch matches digitally this season.

In 2018, the CSL averaged 2.4 million viewers per match, which was considerably higher than the average of 23,800 in 2017. The CSL was broadcast in 96 countries and regions around the world, and won the "Most Inspiring League Award" from the AFC.

This year, there is a firm focus on improving the overall experience of watching games digitally. There will be 80 live 4K games a year, bringing fans a perfect combination of football and technology.

The higher definition and increased dynamic range of video will allow fans to stay at home, but feel as though they are in the stadium.

Last year, the CFA fully implemented the use of video assistant referee (VAR) in the CSL. This major introduction was significant in increasing the professionalism of the league, improving standards of refereeing and ensuring the CSL is at the forefront of global football innovation.

This season, CFA China League 1 will also introduce VAR, which will form part of a continued effort to improve the consistency and quality of officiating in Chinese professional football.

This season, the CFA will officially launch a new professional referee system. The CFA plans to invite elite local referees and world-class international referees, such as England’s Mark Clattenburg and Serbia’s Milorad Mažić, to help improve the standard of officiating in China’s professional leagues through a series of educational workshops.

This season, players’ names are printed on the back of clubs’ shirts for the first time. This will help to further engage fans, who will now be able to wear the shirts of their favourite players.