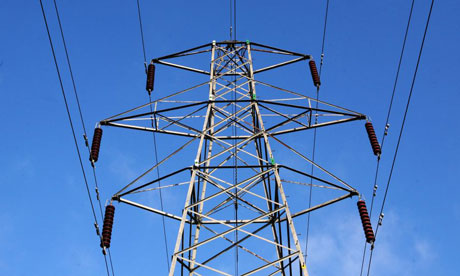 Some energy analysts in the country have expressed qualms about a deal between the government of Ghana and Early Power Limited for the installation of a 400MW combined gas turbine power plant at a cost of $647 million and have called on parliament to reject it.
The agreement, being spearheaded by Early Power Limited, involves the Government of Ghana, the Electricity Company of Ghana (ECG), Sage Petroleum Limited, Endeavour, EPL Holdings Cooperatie, UA, General Energy Investments (GE), IBV, and Quantum Gas Terminals.

The project involves the development, ownership, operation and management of the plant to be fueled by either Liquefied Petroleum Gas (LPG) or Natural Gas (NG) for a 25-year period by Early Power Limited in Tema, strategically close to the Tema Oil Refinery (TOR).

The project is supposed to be undertaken in phases to speed up delivery of power to solve the recent power crisis in the past months. The total capacity of 400MW is, however, expected to be available within 26 months after the contract has been signed.

The project will be financed with equity from GE, Endeavour, and Sage Petroleum. It will later be refinanced using the capital structure of 70:30, which is 70% debt and 30% equity from the open market.

Energy specialist in oil and gas, Dr. Joe Asamoah, who was reacting to the agreement on Class FM’s Executive Breakfast Show on Thursday August 4, told host Prince Minkah that the deal was not worth the amount.

“If it is going to come at a high cost, then it will not do us any good,” he cautioned.

He also condemned how such deals “are shrouded in secrecy without the end users who will pay for the cost having access to the documents to scrutinise the details of the project”.

He also condemned the rate at which government was increasing the country’s power generation capacity without proper planning.

“We are adding on the generation capacity. … We may have signed a lot of contracts than what we may need, let’s say in the next generation. We get bound by it and cannot do changes after years [when the energy situation in the country may have changed]. We need to do a proper integrated resource planning but we are doing a bit of knee-jerk when we have a problem or emergencies,” he explained.

For him, it would not be prudent for the 25-year project because “maybe at that time, the cost of solar energy and other renewable energy sources will be coming down and we need to look in that direction, but we keep piling up things that will require us to buy fuel and those which do not [require fuel], we are not taking them seriously and closing our eyes to [them]”.

Also, energy analyst and CEO of Gasop Oil, Kwadwo Poku, said the project was not an emergency solution because “from what I have been told, it has been in the pipeline for a while and the emergency tag was given to it only two years ago”.

Meanwhile, the Minority is alleging that government inflated the cost of the deal, which is expected to help solve the country’s power crisis. Minority Leader Osei Kyei-Mensah-Bonsu expressed surprise at how government was, in his opinion, rushing to sign the agreement after wasting four years in office.