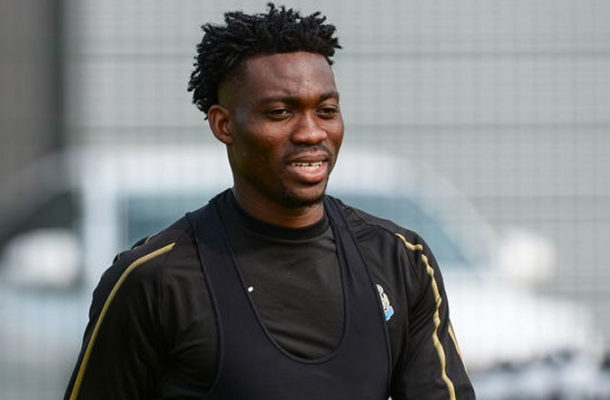 Ghana and Newcastle United winger Christian Atsu has weighed in on the issue of Islamic extremism that has plagued host nation Egypt ahead of the 2019 African Cup of Nations.

Much as he is looking forward to boarding Ghana’s flight to Cairo, the anticipation is tempered by the knowledge that Egypt’s once strong Coptic Christian population is shrinking in the face of hostility and, sometimes, terrorist attacks from Islamic extremists.

“Some people are misinterpreting the Qu’ran,” Atsu says. “All religions have the same idea about loving your neighbour but what’s happening shows why it’s so important to educate our children properly. We have to teach them that everyone has to stick together and be one community.”

By way of emphasising that point he has recently been responsible for reuniting several impoverished families in Ghana after paying thousands of pounds in fines to release prisoners accused of petty offences.

The 27 year old was adjudged the Most Valuable Player of the 2015 Africa Cup of Nations in Equatorial Guinea and was also named in the team of the tournament for the 2017 AFCON in Gabon.

Tony 3 years ago
Are u sure they are extremists or the real Moslems. All religions do not preach the same thing in terms of dealings with others whether of your faith or not. In this, Christianity is distinctive and distinguished The Lord Jesus Christ, proclaimed the golden rule, the singularly basic foundation of Christian virture-do unto others as u would wish them do unto u. Islam does not in all honesty have an equivalent rule. Islam has the principle of Al taquyah which sanctions using lies to advance the course of the faith. Would u wish someone else lie to u, even on the issue of religion?