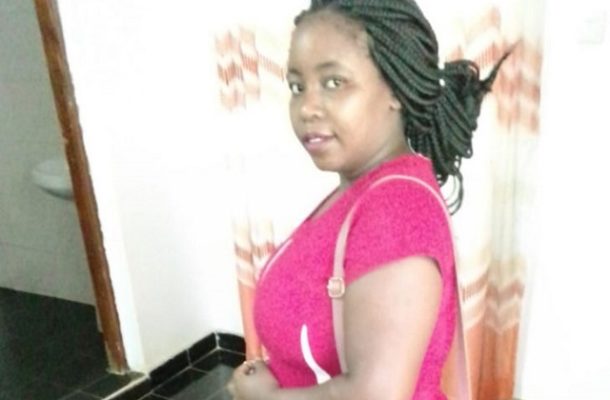 A 26-year-old woman has been bludgeoned to death by her boyfriend whom she met on social media.

Police are currently going after man, 26.

The sad incident happened on Wednesday, February 26, 2026, in the northern city of Ruaka, Kenya.

Tairus Mwangi, who is an administration police officer based in Malindi, Kilifi County, is alleged to have bludgeoned Purity Karwirwa multiple times in the head, nose and back using a hammer.

Mwangi and 26-year-old Karwirwa dated for one-and-a-half years, and their relationship which began on Facebook, was riddled with unending dispute, the deceased’s brother, Erick Kimathi, said.

Kimathi revealed that his sister, who earned a living from online writing, would often visit her lover at his Malindi workstation.

“Their relationship was full of physical abuse, with the suspect often being the aggressor,” said Kimathi.

Karwirwa, according to the brother, — of late — stayed at her friend’s place in Donholm, Nairobi.

The friend, Skitter Ntinyari, told K24 Digital that every time Karwirwa was on phone with her lover, she would hear them quarrelling.

“Rarely would their conversations end without the two disagreeing over an issue,” said Ntinyari.

Mwangi is said to have arrived in Nairobi on Tuesday, February 25, and asked Karwirwa if he could meet her so that they could iron out their differences.

Karwirwa accepted the request, and Mwangi went and picked his girlfriend from the friend’s place in Donholm.

It is said Mwangi, thereafter, took Karwirwa to his sister’s place in Ruaka, where they quarrelled — again — on Wednesday, February 26.

It was then that Mwangi allegedly reached for a hammer and hit Karwirwa in the head, nose and back, killing her on the spot. The deceased’s brother says the fatal striking was done five times.

CCTV footage at the scene of the crime showed Mwangi leaving his sister’s house later Wednesday after having a change of clothes.

The suspect’s sister, who arrived at her house on Wednesday evening, was shocked to find Karwirwa’s body lying in a pool of blood on the floor.

She reported the incident at the Karuri Police Station, prompting a hunt for the suspect, who had escaped to an unknown destination.

DCI detectives, who tapped the suspect’s phone signal, tracked him down to a bar in Kahawa West on Thursday, February 27. Mwangi was arrested and taken to Karuri Police Station, where he is being held in custody.

A postmortem examination on Karwirwa’s body, which was conducted on Friday, February 28, at the Kihara Level 4 Hospital morgue, indicated that the 26-year-old died from inflicted head injuries.

The deceased’s family members, including his two brothers, Erick Kimathi and Stephen Kaimenyi, arrived at the Kihara Hospital on Saturday, February 29, to transport Karwirwa’s body to Mwanika Village in Igembe North in Meru County for burial.

Police say they will arraign the suspect on Monday, March 2.

The deceased was the seventh born in a family of eight siblings.