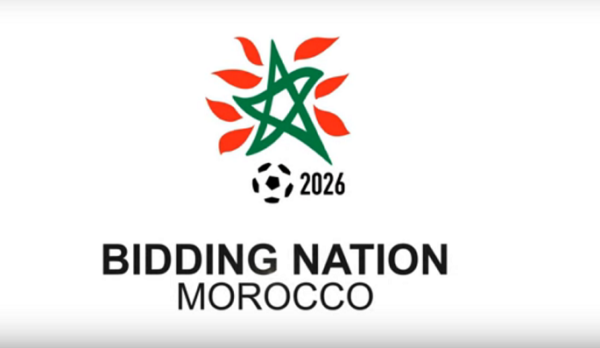 Morocco are the clear underdogs as they go up against a joint United States, Canada and Mexico bid to host the 2026 World Cup.

Ahead of Wednesday’s FIFA vote in Moscow, AFP assesses the Moroccan candidacy as they attempt to become the second African nation to host football’s showpiece event after South Africa:

A bridge between Europe and Africa

One of Morocco’s trump cards is its geographical position with a mere 14 kilometres (seven miles) separating its northern border from Europe. Its unique selling point is as a crossroads between two continents where football is king.

No surprise then that Morocco has presented itself as a ‘Euro-African’ candidate, with the two continents’ federations, CAF and UEFA, accounting for 108 votes between them in Wednesday’s FIFA ballot.

Since its return to the African Union in 2017 Morocco has been intent on becoming a driving force on the continent in terms of diplomacy, economics and on the football stage. They have the full backing of CAF chief Ahmad Ahmad.

Morocco are counting on attracting European votes largely through the commercial argument based on television rights with games staged in the same time zone as Europe.

One country, one currency

With one country, one time zone, one currency (dirham) Morocco’s profile is more homogenous than their three-nation bid rivals. And considerably more compact compared to the 4,000km separating Mexico and Toronto.

“The United States-Canada-Mexico bid doesn’t seem to me to be a coherent candidate with an anglo-French country, an English-speaking country and a Spanish country, and then all the different time zones,” says Frenchman Claude Le Roy, a veteran manager of African sides.

“In Morocco it will be an intelligent, coherent World Cup, football won’t be put under pressure.”

Bid leader Hicham El Amrani says the Morocco bid is based around “12 host cities” which are “very close from each other with for example Casablanca a maximum 500km from another venue”. He added: “It only takes a one-hour flight to travel from the south to the north. That’s going to benefit players, who will be covering much shorter distances (between matches).”

Football is wildly popular in Morocco. By way of example, 500,000 tickets were sold for this year’s African Nations Championship hosted by the country, compared to only 297,000 when it was staged in South Africa in 2014.

Morocco also points to its reputation and expertise as a major tourist destination. The bid team says Morocco can already easily cope with 1.2-1.3 million visitors at a time.

Fans will find it easier to travel around a country where the cost of living is relatively modest compared to other countries. “Nowadays a supporter from Belgium or England can take a low-cost flight, arrive in Marrakech or Casablanca, watch the game and fly back the same evening,” El Amrani suggested.

While critics of the bid have said it largely exists in blueprints, the bid committee is proud of its idea of convertible stadiums that would guarantee a legacy without any of the white elephants left after the World Cup in Brazil in 2014.

Morocco is proposing 12 venues, including five existing stadiums to be modernised and three ultra-modern ones to be built.

Some will boast a capacity of 40,000 fans to conform with FIFA World Cup protocol but their capacity can be halved after the tournament to better “adapt to local needs”.