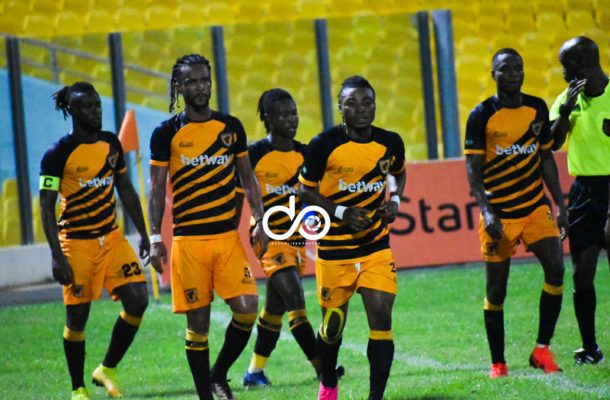 AshantiGold SC return to the Len Clay stadium this Sunday as host of Bechem United in a match day 21 Ghana Premier League encounter. The Miners come into the game after drawing goalless with King Faisal at the Ohene Ameyaw Park in Techiman.

AshantiGold have changed three coaches this season - Milovan Cirkovich who started the season left his post half way through the campaign and was later replaced by Thomas Duah and Sarfo Castro in an interim capacity before Romain Folz took over.

Their biggest win in the season came at the Len Clay stadium where they beat King Faisal 5-1 in December. The former champions also pummeled Elmina Sharks 4-2 in another home fixture.

AshantiGold lie 8th in the log with 27 points – eight points off the top and five from the drop.

Bechem United have 30 points after 20 League matches – picking 7 wins, 5 draws and 7 losses in the on-going campaign.

They are coming into the game buoyed by the 4-0 win against Aduana Stars on Sunday to record their sixth home win of the season.

Their heaviest defeat this season was an embarrassing 4-0 loss to Asante Kotoko in a match day 14 encounter. Bechem United have won one, drawn two and lost one in eight away matches.

The match is scheduled for 3pm kick off at the Obuasi Len Clay stadium on Sunday.