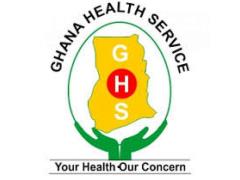 The Ghana Health Service (GHS) has expressed worry about the low patronage of family planning services in the Central Region, despite the increase in awareness campaigns.

It said, though the Region had more than 90 per cent awareness on family planning, many of its residents, especially women, were adamant to accept it, while teenage pregnancy continued to increase in the communities.

Ms Margaret Forson, the Deputy Central Regional Director, in charge of Public Health at the GHS, expressed the worry when she addressed media practitioners and other key stakeholders at a media briefing after the National launch of Family Planning Week Celebration, in Cape Coast, on Tuesday.

The celebration was launched on Monday, September 26, in Accra, on the theme: 'Family Planning is Your Life: Take Control, It is an Everyday Thing'.

She said the Abura-Asebu- Kwamankese (AAK) District had the higher acceptor rate with 35 per cent, while Assin South and Hemang Lower Denkyira all recorded very low percentages in patronage.

She said a high patronage of family planning services would reduce maternal deaths, infant mortality, unwanted pregnancies and abortion as well as improved wellbeing of women and children in general.

She said family planning was one of the most cost effective interventions available to save lives and improve the health of children and mothers, and called on the communities to get involved and create an enabling environment to strengthen family planning education.

She mentioned negative perceptions, discriminatory attitudes, lack of trained service personnel in some family planning methods, lack of education, lack of male involvement, socio-cultural as well as religious beliefs as some of the major hindrances to the efforts by GHS.

Ms Forson, however, said the acceptance of family planning services would be high with the help of males, and urged male groups to strongly involve themselves as it would enable them, as fathers, to properly cater for the needs of their families.

She noted that as long as young people remained sexually active, they would not stop engaging in sex, therefore, there was the need to make information on reproductive health available and guide them to make informed decisions about family planning.

She called on both the young and adults to patronise family planning services to promote reproductive health and ensure socio-economic development.

Mr. Mathew Ahwireng, the Regional Health Education Officer, who led a discussion on the role of the media in promoting family planning acceptance, urged the media practitioners to devote much time to talk about family planning.