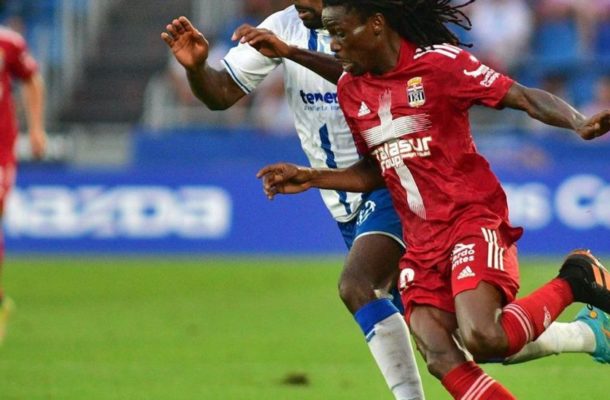 FC Cartagena has extended  the contract of Ghanaian midfielder Richard Boateng for another year tying him down  till the summer of 2023.

The Ghanaian midfielder has convinced Cartagena with a good end to the season despite his irregular performance for the bulk of the campaign.
It was  a  topsy turvy season for the 29 year old central midfielder who started the season on the fringes of the first team but manages his way and made 26 appearances scoring two goals for his lower tier Spanish side.

He joined Cartegena in 2021 from Alcoron and will still play there in the  2022/2023  season as his side chase  promotion to  the elite  division.

The midfielder is a veteran of the Spanish game having played for  teams in the lower reaches including Real Oviedo, UD Melila and Extremadura.