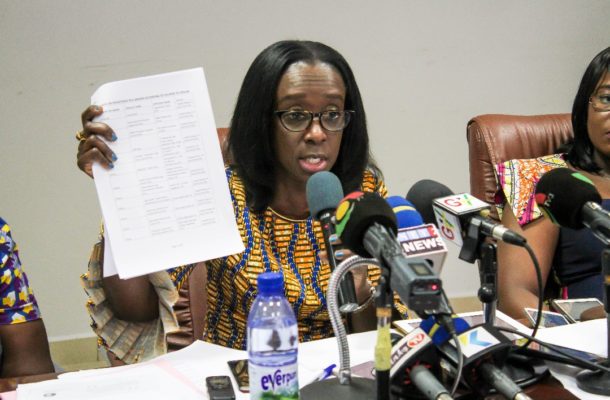 The Food and Drugs Authority (FDA) has cautioned the public about the emerging trends of the use of tablets, capsules, pills and injectable as skin lightening agents, especially pregnant women who want their unborn babies to have fair skin when they are delivered.

According to FDA, those medications are deadly and should not be taken without prescriptions. After a preliminary investigation, the regulator has found that Glutathione is one product that has made its way to the Ghanaian market and it is being abused.

Glutathione possess antioxidant properties and plays a role in detoxification of drugs and xenobiotics which are foreign substances that the body does not recognize.

It is used for dietary supplement at doses of 250 to 500 doses when prescribed.

This notwithstanding, glutathione has a side effect that is highly deadly to users who resort to it without prescription.

The CEO of FDA Delese Darko told GHOne TV’s reporter Odilia Agyeman Prempeh the drug slows down the production of melanin, a protein manufactured by melanocytes in the skin that gives the skin its brown colour, therefore the less melanin pigment making the skin lighter.

FDA intelligence and market surveillance has revealed glutathione containing products on sale on the Ghanaian markets for this purposes have dosages ranging between 1500 to 2000mg per tablet.

She advised that although scientific information has not been made available on the safety of the chronic and long term use of glutathione, the public should not rely on it as a bleaching agent.

It is known, chemical bleaching can lead to serious skin and health conditions which include permanent thinning of skin, uneven colour loss and other skin diseases.

The statistic further indicate that currently, fifty to sixty percent of Ghanaian adult women are or have at one time or the other actively used bleaching agents.

It is perceived the reasons for the upsurge of this phenomenon include memories of historical overtones of colonization, slavery, discrimination, and better job opportunities as well as executive positions