FEATURE: Africa may be the underdog at World Cup but it’s more than that 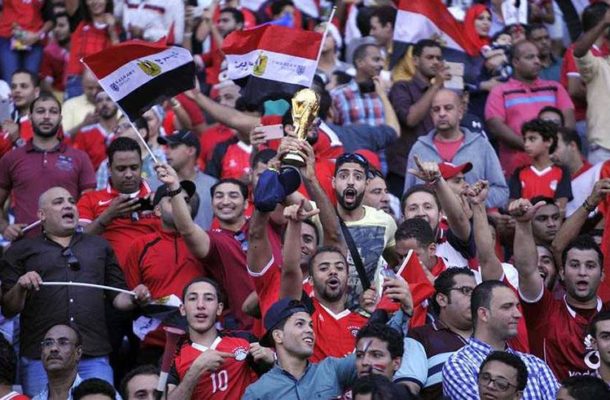 FIFA World Cup 2018 is now well under way. Like always, even for those of us who profess to merely be social football fans, I don’t know many who manage very well to escape the bug when the time comes around every fourth year.

One of the main reasons for this is the media which, even in the run-up to kick-off this week, has been flush with likely scenarios and possible outcomes at every stage whipping up the interest of even the most lukewarm fan among us.

Heightened suspense makes for the essence of the most popular sporting event in the world. And, as those who know their soccer will tell you, anything could happen.

Consistent with this is the faint hope among some of the most optimistic that, despite the odds stacked against them, any of the five teams from Africa could bring home the cup. If not, why are they in the running?

True to the possibility, the history of the World Cup has been teased to yield any clues under the prevailing circumstances as to the likely winner.

This is despite the circumstances often being quirky (such as the shock sacking of the coach of the Spanish team, one of the tournament favourites, two days before their first kick-off), and too innumerable to foretell a possible outcome.

Nonetheless, there are trends and patterns we can draw from, looking at statistics from previous tournaments to gauge our chances.

So far, no African soccer team has ever reached the World Cup semi-finals. Only three teams have made it to the quarter-finals: Cameroon in 1990 in Italy, Senegal in 2002 during their World Cup debut in South Korea and Japan, and Ghana in 2010 in South Africa.

Pundits are unanimous this record is not likely to change for the African teams. I propose we give them the benefit of doubt for the moment and search deeper at previous trends.

Looking at previous tournaments, a pattern emerges from which one can make a guess and discern where to look for the likely winner. For instance, it has been observed that a likely winner has been seeded – that is, ranked among the topmost in the world. Tunisia, the highest ranked in Africa, comes at number 28.

Among other observations such as having the best goalkeeper and a high experience index measured in combined caps or appearances of a team’s players, the winning team has often been European. Of the 10 competitions to be hosted by countries from Europe, as now in Russia, only one has been won by an outsider, Brazil in Sweden in 1958.

By the same token, piqued to find out after the sacking of the Spanish coach, I was interested to learn that this is the first World Cup since 1970 when none of the team managers has previously won a European Cup. It is also the first since 1958 when none of the managers has won a Spanish, Italian, English or German league title.

And, speaking of coaches, as keen watchers of African soccer will remind us, of the 44 occasions African teams have competed at the World Cup to date, 30 will have been managed by a non-African.  An editorial in this newspaper lamented this as one of the banes of African football, echoing the aggrieved sentiment of many a disappointed compatriot.

While average caps of African squads do not feature among the top on the experience index, it is not for lack of talent as the gifted players from the continent in European leagues and elsewhere in the world attest.

As pundit after pundit keeps lamenting, even where some of the best coaches have been enlisted, most of the soccer teams on the continent are beset by a lack of proper organisation, inadequate infrastructure and financial woes.

There is a bright side, however. With the odds stacked against them, squads from the continent may be the perennial underdog, but the World Cup is not about Africa; it is, to mention what we already know as we eagerly gather at our favourite pubs and other communal spaces to watch the tournament, about the shared joys and disappointments in events that make us human, and that unites us in the triumphs and loses of our favourite teams watching the game from anywhere in the world.

May the best team win.