Feature: Exploring the link between effective leadership and commercialization, the GFA way 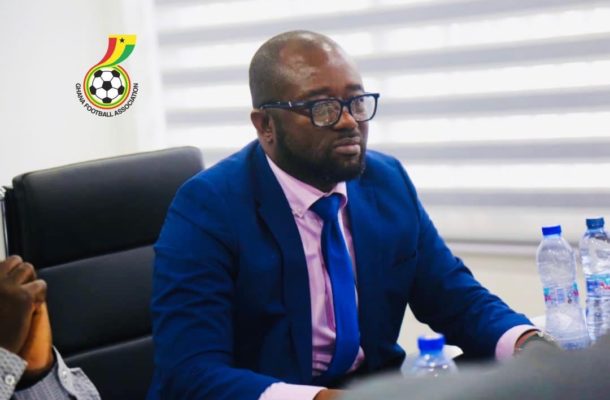 The Ghana Football Association on Thursday announced yet another sponsorship agreement with automobile company Tanink Ghana.

At present, 20 sponsors are on the books of the GFA. Four of these sponsors – namely; Puma, Startimes, Nasco and MTN (for the FA Cup) - were already in place when this GFA administration under Kurt E.S Okraku took office in 2019.

This means, a whopping 16 have been brought on board over a three-year period with the prospect of more to come as evidenced by current happenings.

This however wasn’t the case a few years ago. The GFA’s image had been badly damaged by the effects of the ‘Number 12’ scandal.

The plight of the GFA was further worsened by the emergence of Covid-19 whose effects took a direct toll on corporate finances.

What then has changed? Why are corporate bodies waiting in line to partner the local football governing body which was once branded as a ‘criminal organisation’ by former Attorney General of Ghana, Gloria Akuffo?

“Whenever we engage prospective partners, the feedback is always positive. People see that they are dealing with quality.

“The sponsors always tell me, the manner in which we do our things, especially the careful strategies we deploy to project their brand is one of the best.

“It all boils down to leadership. They see that we’re credible, we’re transparent and we know exactly how to do our jobs.”

Jamil Maraby was one of the first appointments made when Okraku took over as President of the GFA in 2019.

Aside the solid academic credentials of Maraby, it is his experience in the field that clearly made him the obvious candidate for the position.

“I started off by owning my own football club when I was just 16,” he said in recounting how it all started.

“The after high school I remember clearly, I got my first major break when I worked under the late coach Sam Arday in setting up Feyenoord Academy. I was involved. I saw everything from how to set up an academy from the scratch.

“Then Abedi Pele invited me to come manage his club when he retired and that also gave me some really vital experience. He was one of the prominent people involved in successfully brining the World Cup to Africa in 2010 and my close association with him meant that I got involved.

“I got exposed further and I met people in FIFA. I sometimes offered to pay for my own expenses to be part of some events of FIFA so I could just learn.”

Jamil Maraby had stints with Liberty Professionals during which time he brokered the memorable sponsorship deal with Panasonic for the Dansoman-based club.

He also worked around Ghana’s hosting of the 2008 Africa Cup of Nations where he was directly involved in winning the bid for the firm that organized the opening and closing ceremonies of the tournament.

Maraby is also fondly remembered as one of the people responsible for the setting up of the Lizzy Sports Complex – owned by former France captain Marcel Desailly.

There are however general concerns that these numerous sponsorship agreements being secured by the GFA is having very little impact on the well-being of the local clubs.

This, Maraby explains is “because the leadership at the GFA is stronger than the clubs. You see, it must be a bottom-up approach. The clubs need to make investments in areas of commercialization.

“As Director of Marketing I am developing a program, and with approval, intend to hold regular training programs for clubs in this area. But the leadership of the clubs must be involved in this.

“They must know the importance of making such investments as it’ll in the long run inure to their benefits.”

Ghana’s qualification to the 2022 World Cup has clearly proved to be a catalyst on which the GFA is riding on to secure partnerships especially in the past few weeks. And though this is not in doubt,

Maraby argues on-field success comes to nothing of you don’t have the right people to capitalize on it.

“The sponsorships we’ve secured didn’t turn up overnight. Some of them are being realized now but has been a result of a process,” he said.

“Of course, when you have such a huge tournament like the World Cup coming up, a lot more people want to be associated with it but it is important to make the right approaches.

“Some of the ones we’ve secured has been as a result of how we’ve treated ones we secured earlier. They are the ones who even tell their other colleagues to come and sponsor us since they’ve noticed the changes in how we operate.

“The Dinner with the Legends we had recently for instance is bringing us some more sponsors because people in the corporate world were represented and they liked how we projected not only our brand, but that of our existing partners.”

Repositioning of the GFA brand to make it attractive for corporate participation was one of the things Kurt E.S Okraku campaigned on in his bid to become President of the GFA.

Even though the jury is still out there, the facts on the ground clearly suggests he is well on its way towards making good on this promise.

By: Amenu Shardow
(The writer is a Master of Science holder in Sports Management from the Sterling University in Scotland)