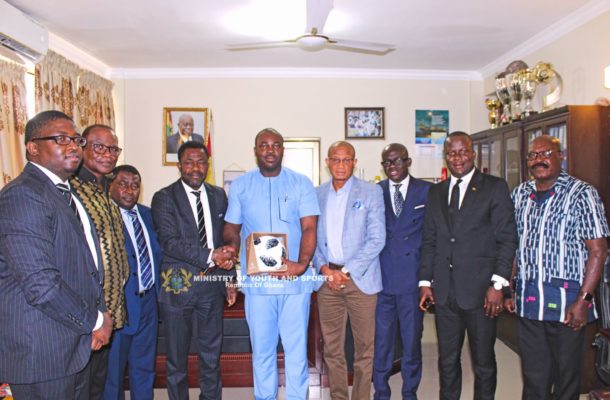 Undoubtedly, the latest FIFA statement to the Government of Ghana on the status of Ghana Football has sent shivers down the spines of many Ghanaians especially major stakeholders who are most likely to suffer the most when Ghana is eventually banned from all football activities (internationally because we can choose to play local football within the confines of our SOVEREIGN COUNTRY).

The solution to the ongoing reforms of Ghana Football became hopeless over the past two months after Anas #12 investigative piece due to unrealistic objective as to the form of reforms we needed and poor leadership due to the involvement of some personalities who have no inkling about football administration as it were.

The Government is caught up in a dilemma of who ought to lead the current football reforms process and as a result has allowed politics to have a space in the whole process with the involvement of other political officers: a move which clearly suggested a lack of confidence in the Minister of Youth and Sports.

The involvement of information Ministry, the Offices of Chief of Staff and the Attorney General clearly brings to the fore the issue of leadership. As at now,the conflicting roles and statements coming from these offices tend to question the competence of the Youth and Sports Minister and his advisors, which include some renowned football administrators in Ghana.

Due to the political twist we gave to the issue, the efficacy of football being the passion of the nation has been compromised by the disturbing and funny manner this issue is being handled, particularly by the Sports Minister.

The Sports Minister's latest response to FIFA doesn't offer any hope. It is just a funny recount of chronology of events without a proper way forward. Even in recounting the chronology of events, the statement erred in many instance such as the date the government delegation met FIFA in Zurich, as well as inaccurate point that it was the GFA itself which halted all football activities in Ghana. Really? Didn't the GFA cancel the weeken's FA Cup matches after government announced it had dissolved the GFA and police raided the offices, locked up the place and declared the place a crime zone? So how does the minister write a letter to FIFA that it was the GFA itself which suspended all football activities in Ghana?

Well, the most laughable aspect of the Minister's response to FIFA is the proposal to meet FIFA again. And if I may ask, for what?

FIFA, through its Bureau of the Executive gave a clear and unambiguous directives after series of meetings with the sports Minister, who represents government. So what new will the Sports Minister tell FIFA that he hasn't, or couldn't tell them in previous meetings?

In fact, the Bureau also includes CAF President, Ahmad Ahmad who the Sports Minister met recently in Madagascar. Interestingly, after that meeting, we were told everything was okay, so why the FIFA letter asking for the discontinuation of the suit to dissolve the FA.

It is quiet obvious that the meeting the Minister had with Ahmad in Madagascar was not as fruitful as the Minister's statement sought to portray. At best, that meeting was a complete waste of resources and time.

Obviously, another meeting with FIFA, after this directive, will also be a complete waste of time and resources because the FIFA Bureau only acts in accordance with FIFA regulations and the statutory non third party interference article is non-compromising and no amount of meetings and dining with even Infantino,the FIFA President will change that clause.


FIFA won't soften their entrenched clause for Ghana regardless thus is about time the Minister and his advisors told the government the truth and propose a better way of solving this conundrum.

As for the argument of sovereignty, it is a ridiculous argument which only those ignorant of FIFA statutes will advance. Yes Ghana is a sovereign country, but yes Ghana willingly decided to join FIFA. And if we want to enjoy our sovereignty, then of course Ghana as a country can decide to damn FIFA, get banned and opt out of FIFA. After all not every country is a member of the United Nations and not every country is a member of FIFA.

But if we want to be part of international football as a country, then we have to abide by the statutes every FIFA member country has agreed to respect.

There can never be a separate statute for Ghana and it's about time our Minister of Sports realised that.

I crave the indulgence of all stakeholders especially Sports analysts and commentators to be meticulous and also exhibit a very high sense of savvy in their contributions to the process of reforming Ghana football,the passion of the nation.