FEATURE: Why Hearts of Oak is a fading giant 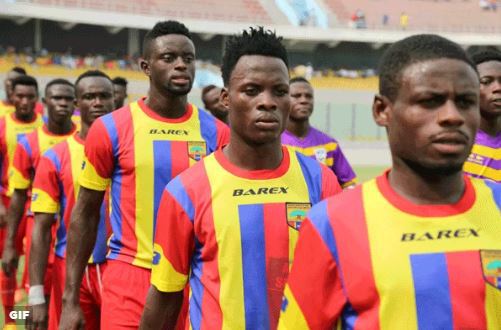 The Phobians have been living below their own high standard set in the past but it is equally important to note some of their records are still intact- yet to be equaled or broken. Still the last and only club to win the Ghana premier league with at least 78 points in 30 matches. Still the only Ghanaian side to lift the CAF Confederation Cup. Still the only soccer club to clinch the Ghana premier league six times in a row.

But in the last nine years the tide began to turn in a negative way in Accra.

It is therefore hard to comprehend how the 2000 Champions league winners went from being a Ghanaian superpower to one which is currently in danger of becoming a fading force like Hafia Conakry of Guinea, Tonnere Yaounde of Cameroon.

The club has hired and fired 11 different coaches, some of them interim, in the last eight years starting from the 2010/11 season. Paa Kwesi Fabin, Nebojsa Vucicevic, CK Akonnor, David Duncan, Mohamed Polo, Herbert Addo, Can Vanli and Eddie Ansah, Kenichi Yatsuhashi, Frank Nuttall, Henry Wellignton and now Seth Hoffman is  the acting head coach. Will he be given the job on permanently? At Hearts of Oak you never last long and Mr. Hoffman is aware.

Hiring and sacking of coaches is not alien in the business of football but it is the resulting outcome that matters.

For instance Asante Kotoko, the biggest rivals of the Phobians, have employed eight different coaches for the past seven years – Maxwell Konadu, Didi Dramani, David Duncan, Michael Osei, Dzravko Lugarusic, Steven Polack, Frimpong Manso and the incumbent Paa Kwesi Fabin but they have won 4 major trophies within that period – three premier league titles of 2012, 2013 and 2014 plus the 2017 FA Cup which they clinched against the very subject of this article.

And so, one poses the question. What do Hearts of Oak have to show after using twelve coaches in eight years? Nothing.

“The fans of the club at all times expect their most cherished team to win laurels. This has never been different from the expectation of the Board and management of the club who are always committing time and resources to the running of the of the club to fulfill these expectations” Executive chairman Togbe Afede said in his opening report of the recently held Annual General Meeting of the club.

But how are the time and resources committed? What is the effectiveness of the scouting of the club so that players like Bright Lukeman, Alex Kouasi, Nimo Mensah etc would not be signed, transfer and signing on fees paid and then discarded within short period of time?

When one critically looks at what is happening at the club, one is forced to question the genuineness of Togbe Afede’s promise above. It appears if as if he promises his people heaven but he is doing contrary to what we do to go to heaven.

The misery around the club is compounded when it is brought to attention that aside the lack of managerial stability at the club, there is also the problem of player exodus at Togbe Afede’s Hearts of Oak.

The magical quintet of Thomas Abbey, Vincent Atingah, Leonard Tawiah, Patrick Razak and Winful Cobbinah could not even last over a year following their sudden goings. Only Razak remains, but with big uncertainty as he may also leave.

It is true the club did not win a major title with this talented group, coached by Nuttall but after reaching the FA Cup finals,  who knows what they would have achieved in the next few years had the club managed to keep them?

Quality out, Quality in. This is how things are normally supposed to be done at a club that has twenty league honors and the reference point of football in the capital city of the country. If you lose an ultra-talented playmaker like Cobbinah, you should be bringing in another of equal potential or better.

Who was signed to replace Thomas Abbey ? Names like Isaac Mensah, Salasie Bakai,  Kwadjo Obeng Jnr would be mentioned but these players are far from the quality of Abbey – arguably the best player of the 2017 Ghana league.

Joseph Esso, Benjamin Agyare, Camara Nguesan are good players but what the club needs to bounce back are very good and excellent materials.

The attacking area in particular is where the club lacks proven quality and neither Obeng Jnr nor Selasie is the immediate solution.

11 November this year the club will mark 107 years of existence. But Hearts of Oak does not boast of a standard training facility let alone a stadium of its own. The Pobiman is yet to be completed even though work started many years ago.

After over hundred years of institutional history it is just not acceptable that Hearts of Oak is classified as a developing and selling club.

In my opinion 107 years are enough to develop into a great club on and off the pitch. 107 years of existence should correspond to a better financial standing.

The problems of the club have become  to the extent that social responsibility was not even a priority in the last year and how can it be when player remunerations delay for months?

This has been said many times and so far as the Hearts problem remains we won’t be tired of repeating the remedies.

To win laurels as Togbe promises his supporters, a team need quality playing squad and that means buying the best. This is key. There should be an effective scouting network and a proper management.

In fact when a team is subjected to nine years of decline everything at the club needs to be proper in order to bounce back.