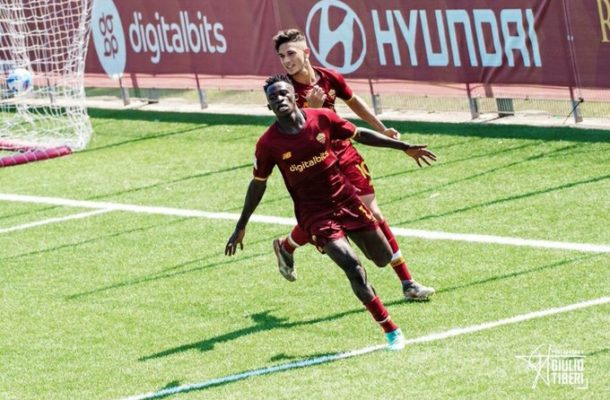 Talented Ghanaian prodigy Felix Afena-Gyan has been named among the top 11 best players in match day two of the Italian Primavera 1 youth championship.

The teen striker Felix Afena Gyan was on target for his side AS Roma as they defeated Sassuolo at home in their Primavera league over the weekend.
The 18-year-old was described by Mondoprimavera as the best player on the field during his 80 minutes stay on the pitch at the Trigoria Park.

It was Roma's second consecutive victory of the season while there were other Ghanaian players  in action for the losers Sassuolo with Salim Abubakar and Justin Kumi all featuring.

The Giallorossi will play Milan next weekend

Italian website Mondoprimavera listed him as part of the front three with the below remark. "Gyan (Roma) - as in last season he shows up in the goal area and this time is crucial for the final result that gives the Giallorossi three points against Sassuolo"

Felix earned the highest rating in the game with a 7.5 score by Mondoprimavera. His goal ensured continued their perfect start to the season with two consecutive victories.