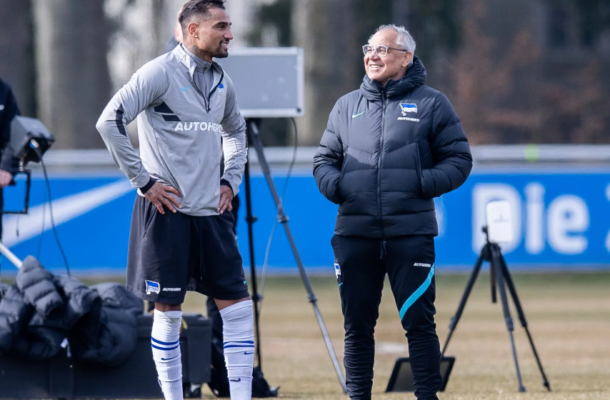 Veteran German coach Felix Magath has revealed why he trusted Ghanaian midfielder Kevin-Prince Boateng so much that he picked the line ups for their second leg play off game against Hamburg SV.

Felix Magath said goodbye to Hertha BSC immediately after the rescue mission was successful in the relegation games against Hamburger SV.

The nine games of the 'Fireman' in Berlin provide the material for some legends. It will certainly be remembered that Kevin-Prince Boateng set the line-up in the decisive game.

According to his own statement , the veteran also took over the speech to the team before the second leg in the relegation play off against Hamburg.

Magath now explains why he relied so heavily on the midfielder.

"Unlike other coaching colleagues, I've always kept some emotional distance from the players because I said: I want to be able to make decisions as objectively as possible," Magath told the Swiss tabloid Blick .

The assistant coaches are more important in dealing with the team, but Magath has always sought contact with the established players.

"It would not occur to me to ask a player who has just turned professional how he judges the team. But of course I exchange ideas with the experienced ones," said the ex-professional.

He's had a lot of good experiences with it. As an example, Magath mentions his time at VfB Stuttgart, when Krassimir Balakov and Zvonimir Soldo recommended that top talent Aleksandr Hleb be given a chance.

"I brought him up on her advice, he got off to a flying start and made it to stardom at Arsenal. And that's why Boateng was such an important contact for me, because he was simply the greatest personality with the most experience," said Magath.

There remain rather unusual methods that the 68-year-old used in Berlin. And yet they were successful