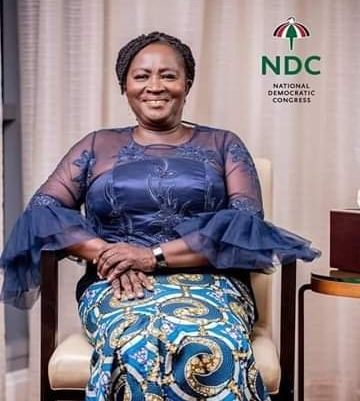 Prof Opoku-Agyeman received a unanimous endorsement from the NEC and the Council of Elders of the party.

Soon after the announcement of Professor Opoku-Agyemang as the running to John Mahama, Chairman Wontumi granted an interview to his radio station in Kumasi where he allegedly described the former Education Minister in unprintable words.

Chairman Wontumi described her as unfit to occupy the high office of Vice President.

Reacting to this, Naa Astwei has decided to mobilise a group of women to march to the headquarters of the NPP at Asylum Down in Accra to demand an apology from him.

Speaking on the Ghana Yensom show on Accra 100.5FM on Friday, 10 July 2020, Naa Astwei called on all Ghanaians to support the demonstration and rise against the attacks on women.

Some women who called into the show appealed to Asantehene Otumfuor Osei Tutu II to call Chairman Wontumi to order because in their view his comments are unfortunate and degrading to women.